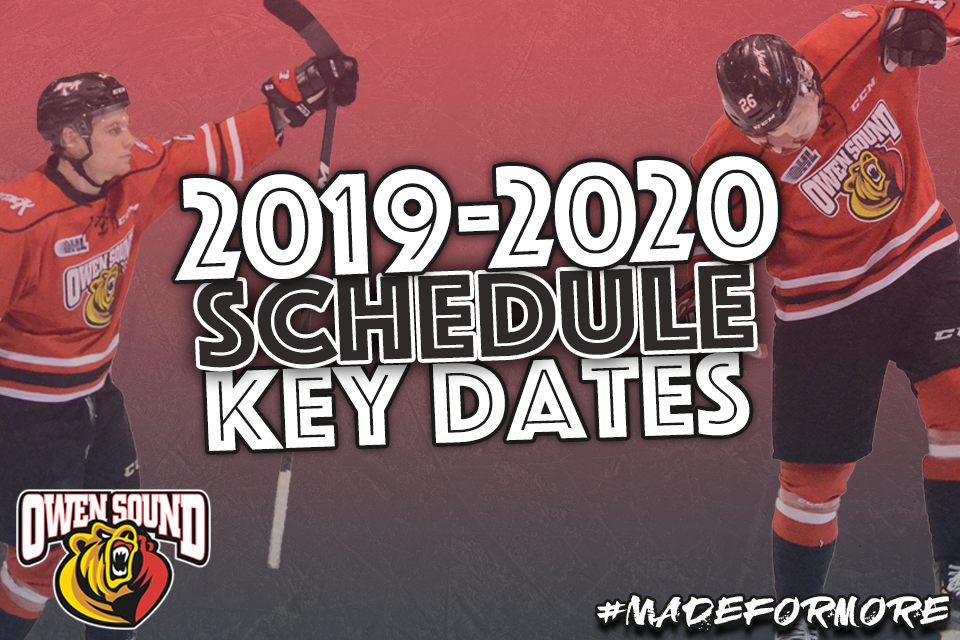 The Owen Sound Attack are excited for another year of fast-paced junior hockey!

We kick off the season this Saturday night against the Ottawa 67s with puck drop at 7:30 p.m. Prior to the game, the Attack will be holding their annual fan fest at the Bayshore with free inflatables provided by All In One Inflatables and The Bowling Alley. The pregame festivities begin at 4:30 p.m. and are open to the public, no ticket to the game required.

As always, you can watch Attack home games on Rogers TV Grey County Channel 53, and hear all Attack away games on 560 CFOS Kia of Owen Sound/Terry’s Trailer Service Bear Radio.

Every Sunday home game is a Core Partners Group – Investment Planning Council Game. This includes free popcorn for the first 200 kids, 2 jersey giveaways, a chance for a VIP Meet & Greet and a skate with the team after the game!

Single game tickets are on sale now. Take advantage of the Hockey’s Back Six Pack and get six tickets to games in September and October for only $100! Savings of over $40! Visit the MacVicar & McComb Remax Attack Box Office or call us at 519-371-7452!