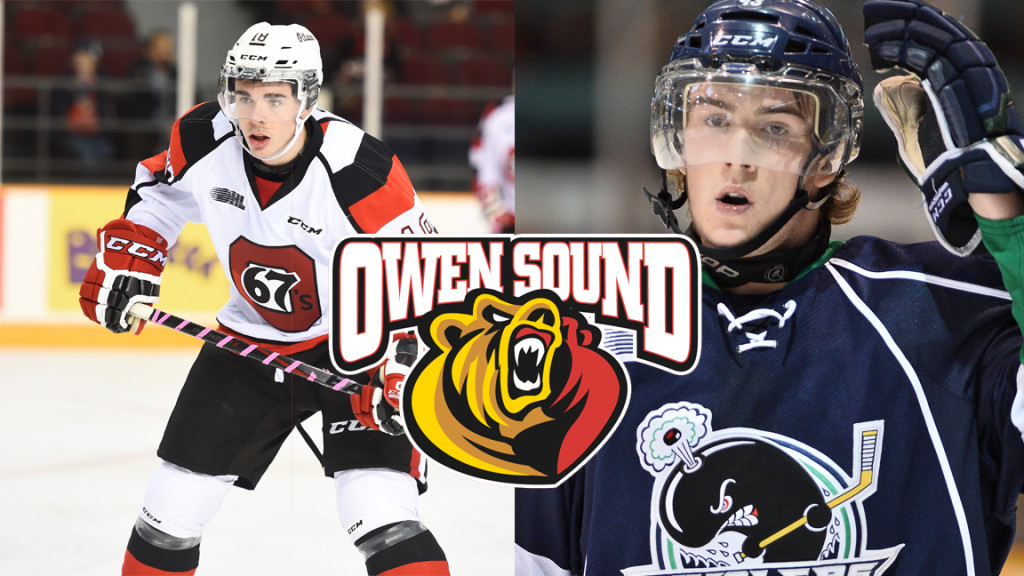 Dunda, a 17 year old winger from Grimsby, ON is in his second full Ontario Hockey League season. The 6’4, 215lb forward notched a goal and three assists last season and has two goals and three assists in 21 games played this season.

Bradford, an Orangeville native and veteran of 232 regular season games comes over from the Ottawa 67’s with 12 goals and 23 assists so far this year. The 6’0 centre has tallied almost 150 career points throughout his OHL career split between the Barrie Colts and Ottawa 67’s.

“Erik is going to come in and provide some scoring and leadership for our younger players while Liam is going to help us with some depth this year and hopefully be a big part of our team moving forward.”, says Attack General Manager Dale DeGray. “We wanted to improve our team now and in the future and I believe we have accomplished that with these two deals.”

Both Liam and Erik are expected to be in the line-up on Friday night when the Sarnia Sting visit the Bayshore.

We wish to welcome Liam, Erik and their families into the Attack organization.