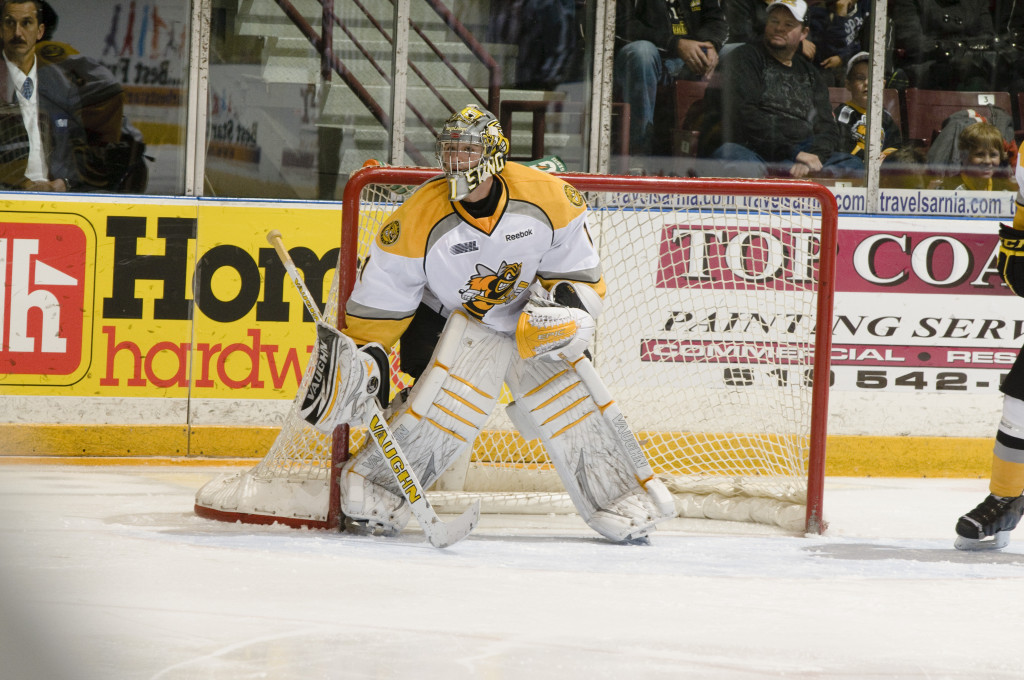 The Owen Sound Attack is pleased to announce that they have acquired goaltender Brandon Hope from the Sarnia Sting in exchange for a 4th Round Selection in the 2013 Priority Selection.

“We feel that having Brandon on board gives us greater goaltending depth throughout the organization.”, stated Attack General Manager Dale DeGray. “Brandon is an experienced goaltender who we believe still has a very high upside.”

The goaltending battle at training camp is expected to be one of the most heated in recent years. While Jordan Binnington is away at the St. Louis Blues Training Camp, Brandon Hope, JP Cesario, Cameron Hackett and Evan Morse are all expected to compete.

Attack Hosting Virtual Coaches Forum
3 weeks ago
3:03
'Twas The Night Before Christmas... with the Owen Sound Attack
3 weeks ago

Delemont To Represent Switzerland At World Juniors
3 weeks ago