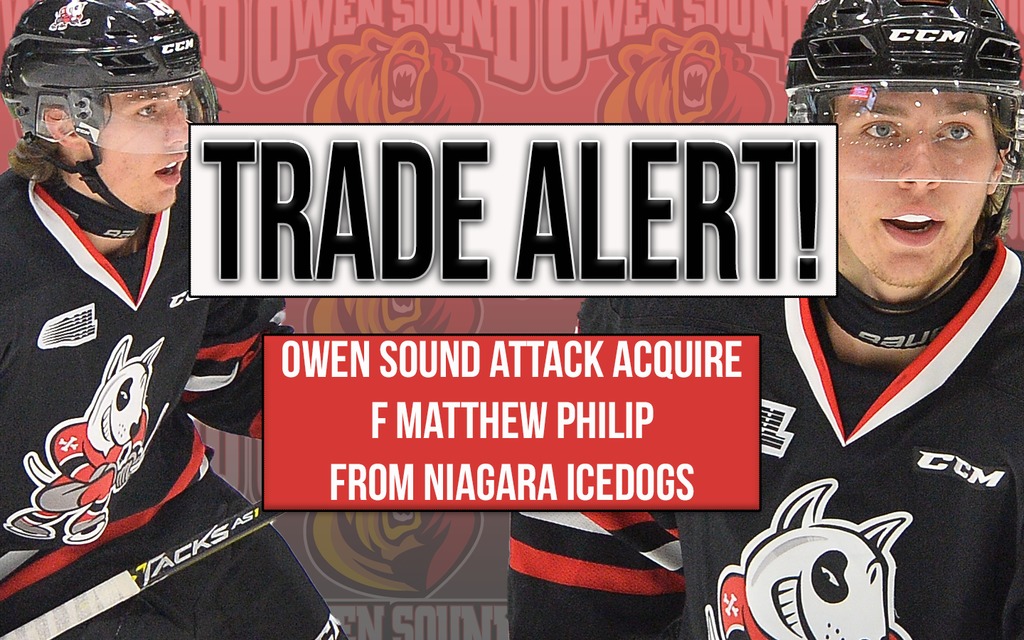 The Owen Sound Attack have acquired overage forward Matthew Philip from the Niagara IceDogs in exchange for Jackson Doherty and Owen Sound’s 6th round pick in 2021.

Philip, a 20 year old forward from Ilderton, ON, scored 13 goals and added 18 assists for the IceDogs last season in the OHL. In 179 career games Philip has totalled 40 goals and 49 assists after being selected 172nd overall in the 2015 priority selection.

Attack General Manager Dale DeGray thinks Philip will bring character and skill to Owen Sound: “He’s going to provide us with a leadership role as a veteran player. He’s a very sound 200 foot player that can play minutes in any situation.”

Doherty, an Ancaster native, scored 13 goals and contributed 10 assists in 119 career games with the Owen Sound Attack after being drafted in the 3rd round in 2016. The Attack thank Doherty for his dedication and contributions to the franchise and wish him the best success in his future.