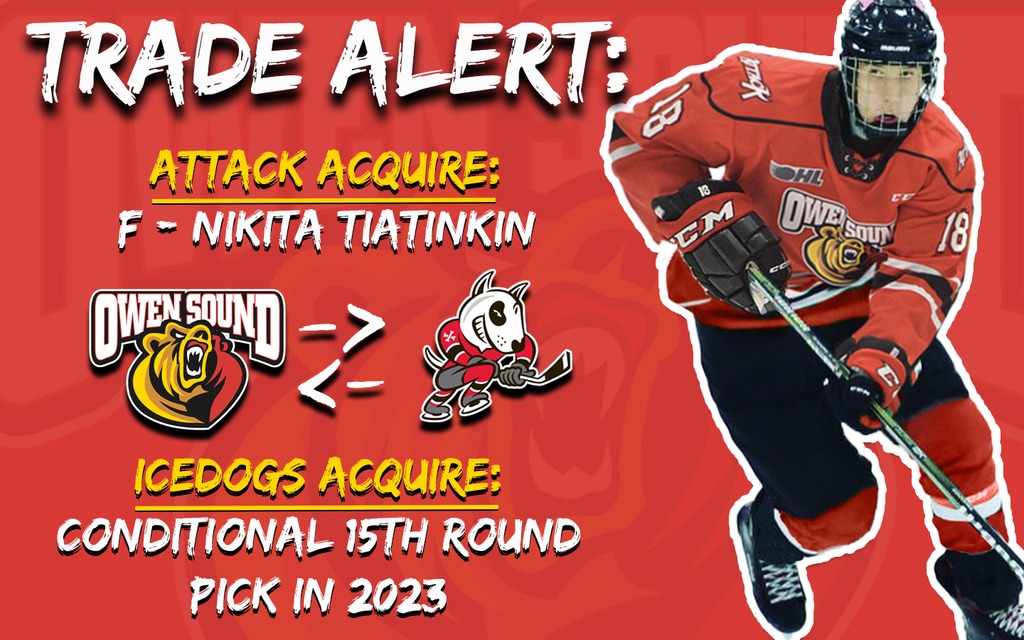 The Owen Sound Attack have acquired forward Nikita Tiatinkin in a trade with the Niagara IceDogs.

Tiatinkin is a 17-year-old forward from Ottawa who has played the past two seasons for the CIHA Green U18 in the HEO. In 2019-20, Tiatinkin scored 48 times and added 35 assists for 83 points in 45 games. In the playoffs, Nikita found the back of the net seven times along with seven helpers in just four games.

Attack General Manager Dale DeGray is excited for the addition: “Nikita is a big kid, he’s 6’2 and he can shoot the puck. He’s young and he’ll fit in nicely with our other ’03s. We’ll be looking for him to compete well in camp and bring some secondary scoring to the team.”

In exchange for Tiatinkin, Owen Sound have sent a conditional 15th round draft pick in 2023 to the IceDogs. 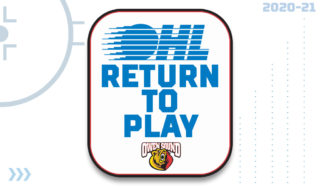