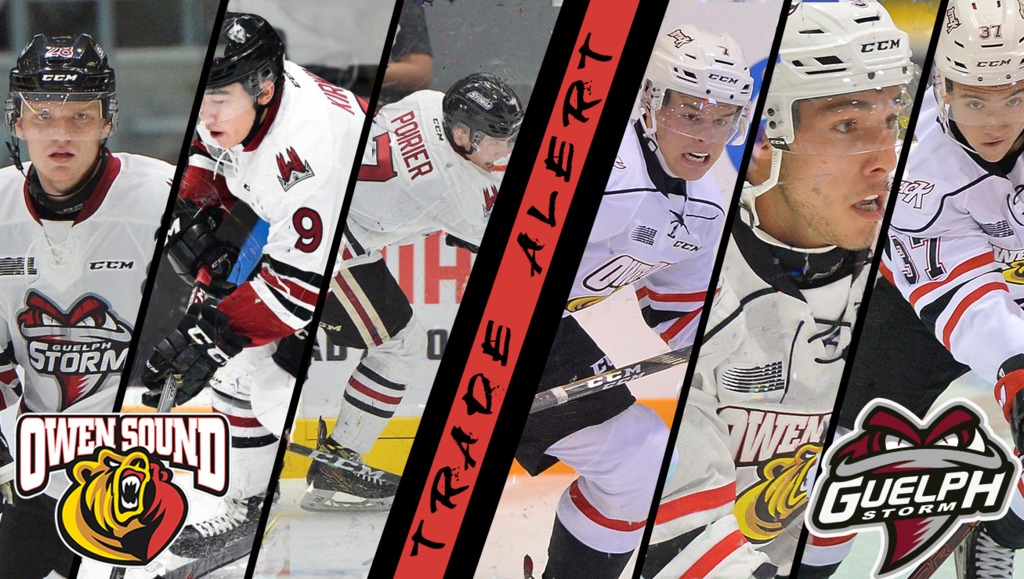 “This is a big move that was difficult but necessary.  It will strengthen the core of the team for years to come” said Attack General Manager Dale DeGray.  “Mark Woolley is a great prospect who has experience playing for Hockey Canada at the World U17 Challenge and he’s going to be able to play big minutes from the moment he arrives in Owen Sound.”

“Kirwin is only 18 and is going to help us score goals this year and next. Poirier is going to bring some grit to the lineup and make us hard to play against” added DeGray.

Captain Nick Suzuki leaves the Owen Sound Attack 3rd all time in goals with 129, 4th all time in assists with 150 and 3rd all time in points with 279 over 222 games in the league. Nick recently returned from the IIHF World Juniors where he represented Team Canada. Sean Durzi finishes his Attack career in 6th place all time for points scored by a defenseman with 119 in 163 career games. Zachary Roberts played 118 games with the Attack, scoring 20 times and adding 22 assists.

The Attack organization would like to thank Nick, Sean and Zachary for their commitment to Owen Sound. We are proud to have been their home while they developed into world class players drafted by premier NHL franchises. Their leadership, work ethic and skill will be missed and we wish them the best of luck in the future.

Woolley and Kirwin are expected to make their Owen Sound Attack debut tonight at home against the Kitchener Rangers. Puck drop is at 7 p.m. Tickets are still available at the MacVicar and McComb Remax Attack Box Office and online at attackhockey.com

This season of Attack hockey is brought to you by Lerner’s Personal Injury Lawyers.