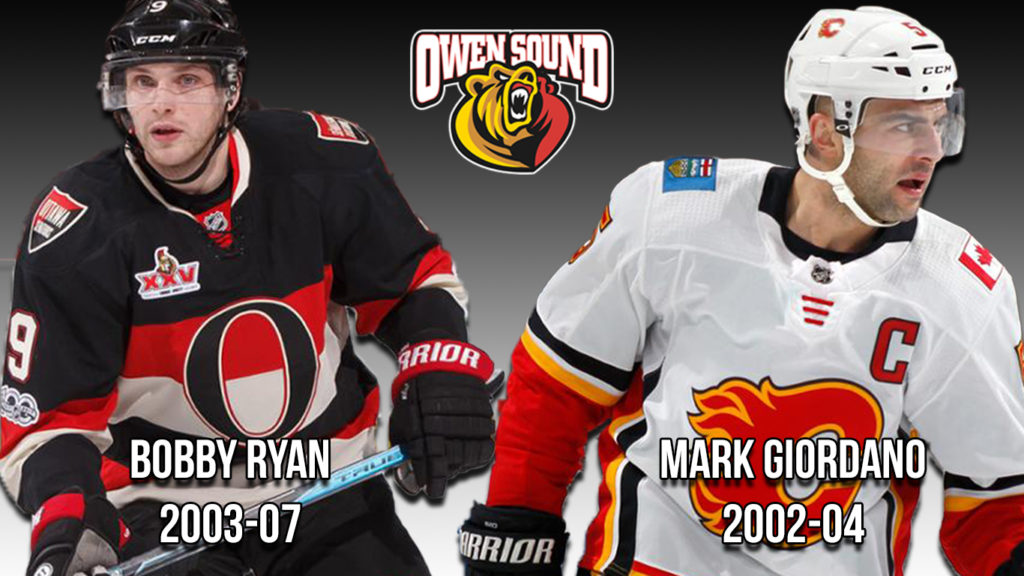 Owen Sound Attack alumni Bobby Ryan and Mark Giordano were nominated today for the Bill Masterton Memorial Trophy. The trophy is awarded annually to the player who best exemplifies the qualities of perseverance, sportsmanship and dedication to ice hockey.

Ryan played for Owen Sound from 2003-07 and left the franchise as the all-time points leader. Mark Giordano was in the Scenic City from 2002-04 and won the Norris Trophy last season as the NHL’s top defenseman. Giordano was also nominated for the Masterton last season.

The Owen Sound Attack wish to congratulate Bobby and Mark on their achievements and their dedication to the game of hockey.