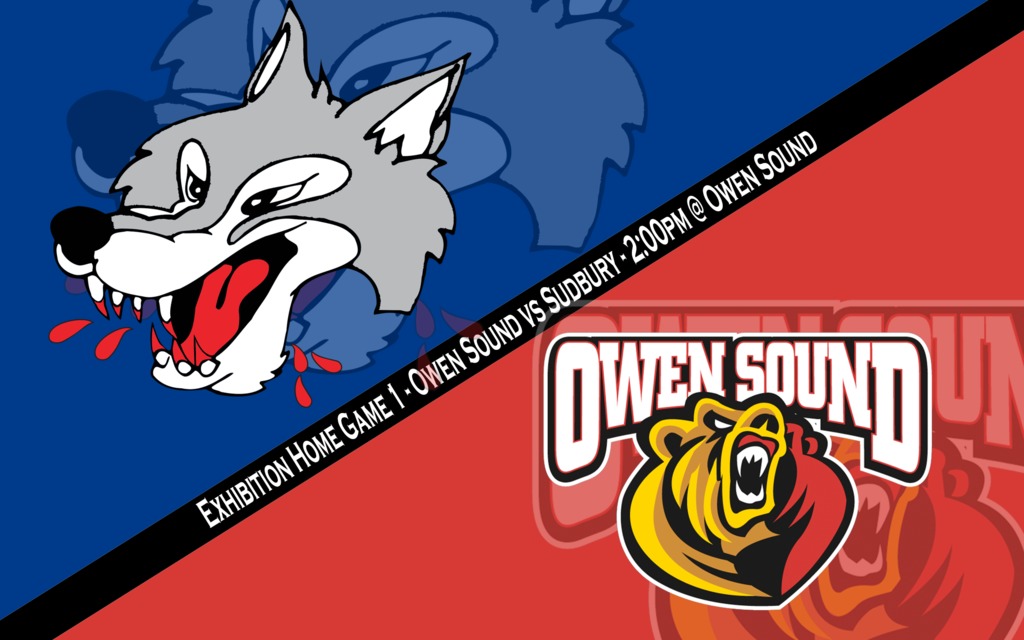 The Owen Sound Attack and General Manager Dale DeGray are proud to announce the signings of a trio of players at the conclusion of Training Camp 2018 this week.

“All three players showed they worked very hard over the off-season and had a great camp,” DeGray said of the trio of players signed.

“We expect that they are going to push for playing time on ice, but each of them deserve to be here. We are very excited to have Andrew, Bryce and Griffin on board with us this season and can’t wait to see them on the ice.”

The Owen Sound Attack will take to the ice for the first time as a finalized team on Sunday, September 2 when their exhibition schedule opens up at home against the Sudbury Wolves.

Puck drop at the Harry Lumley Bayshore Community Cenre is at 2:00pm. Tickets are available for purchase at the MacVicar & McComb ReMax Attack Box Office which will be open at 12:00noon.

Find the full exhibition roster below. 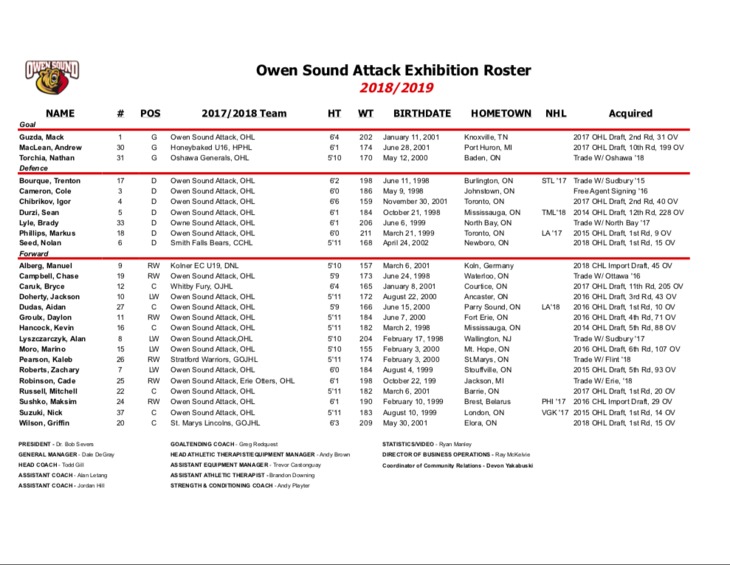 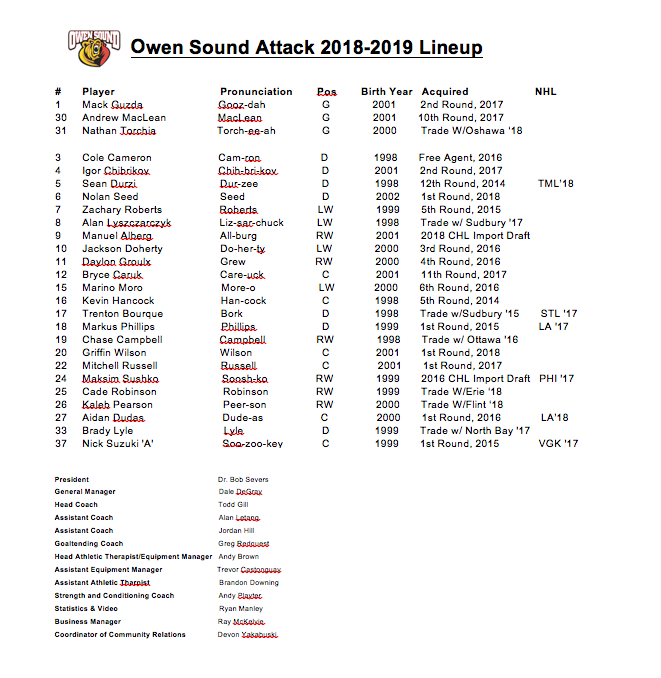