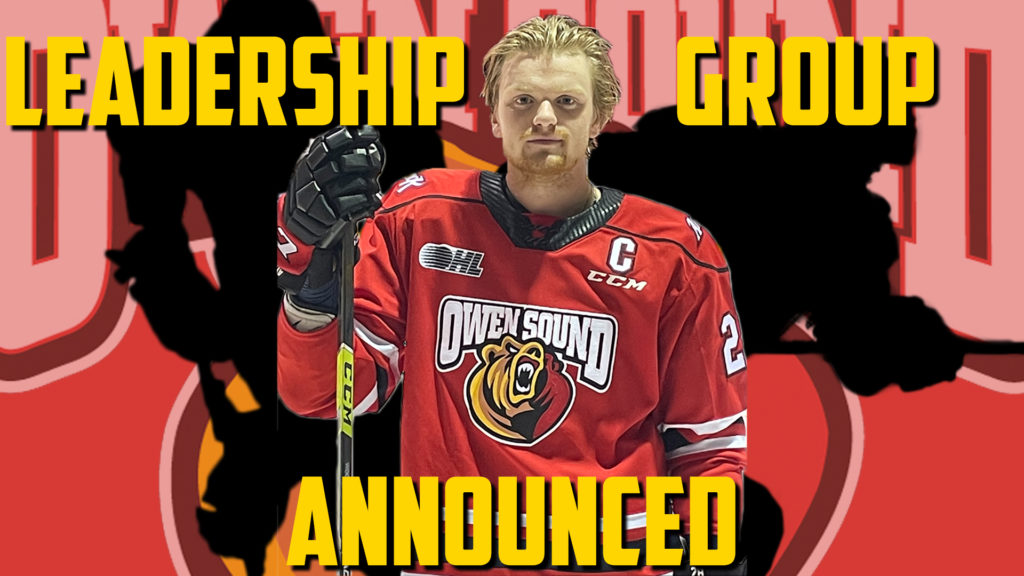 The Owen Sound Attack have announced their leadership core for the upcoming 2021-22 season, highlighted by Mark Woolley being named the 25th captain in franchise history.

Woolley was previously an alternate captain with the club back during the 2019-20 season, and had the following to say about being given the captaincy for the upcoming season.

“It’s a pretty special moment. You can just take a look at the names on the captain’s wall, Bobby Ryan and Nick Suzuki, it’s special to be in with that group of guys. You can take a look in the dressing room and any one of them would be a great choice, so it’s very honouring to be named this team’s captain.”

Andrew Perrott and Stepan Machacek will each join Woolley as part of the leadership group for the season, as they don the alternate captaincy’s.

The coaching staff recognizes that the three choices will do an admirable job in leading the team on and off the ice.

“All three players are guys that will stick up for each of their teammates on and off the ice,” said Head Coach Greg Walters. “They all play the right way and expect not only the best of themselves but of their teammates as well. I feel this group really shows our character in the room and how we want our team to handle themselves.”