Attack at the Draft, OHL U-18 2022 Priority Selection Preview 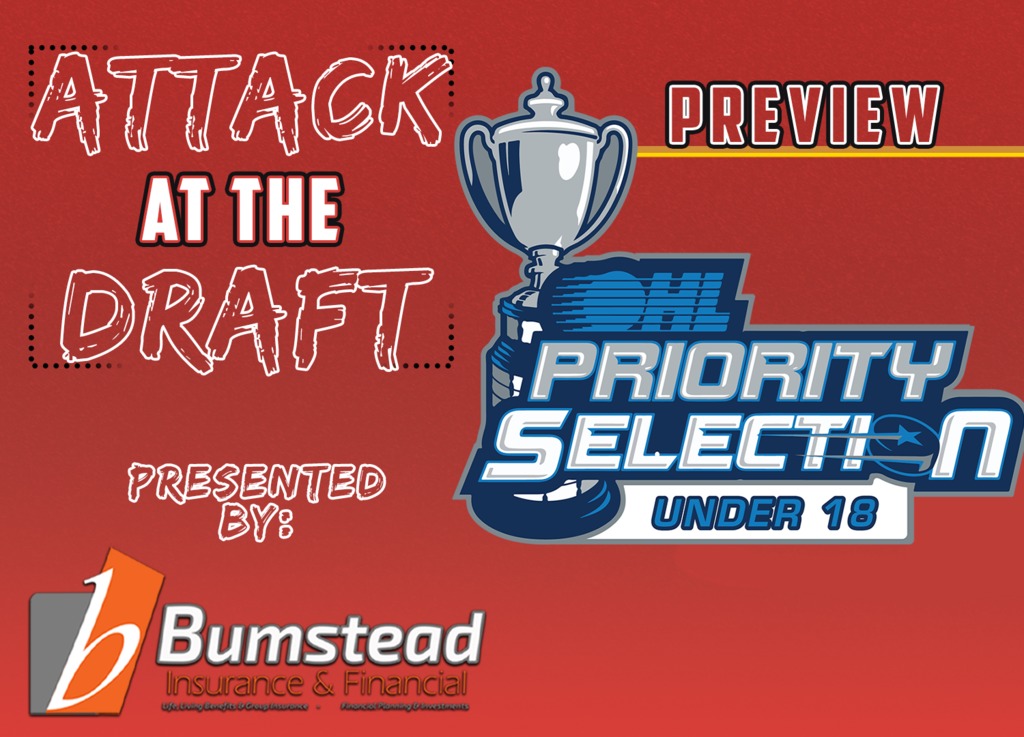 The Attack 2022 scouting team is back at it Thursday as they participate in the 2022 U-18 OHL Priority Selection Draft. Owen Sound has 3 more selections to add to their roster of prospects with the 11th, 31st, and 51st (if necessary) slots. The U18 draft will take place at 7pm and will stream for free to fans on CHL tv.

The Attack have had recent success with players in the U18 draft as it allows the team to take players who were overlooked or lost in the shuffle of past U16 drafts, and that hold positions on U18 AAA clubs in the OHF, HNO, or HEO in 2021-22. Current Attack forward Logan LeSage was drafted 29th overall in 2019 and has established himself as a regular forward with the team and an essential two-way hard-nosed reliable winger.

Other notable U18 drafted players for the Attack in recent seasons include Kaleb Pearson who played two seasons for Owen Sound putting up 42 goals and 80 points in 128 games, and Griffin Wilson who played parts of the same two 2018-19 and 19-20 seasons putting up 18 points in 99 games. Pearson was originally a Flint draft pick, 29th overall in 2017. Wilson a 15th overall selection of the Attack in 2018.

The draft starts with Saginaw owning the 1st overall selection scheduled for the draft start time at 7pm. You can get all your Attack draft information on our social feeds presented by Bumstead Insurance and Financial, and by visiting our website at attackhockey.com. Live results will also be available on the OHL website.