Attack at the Draft – OHL Under-18 Priority Selection Preview 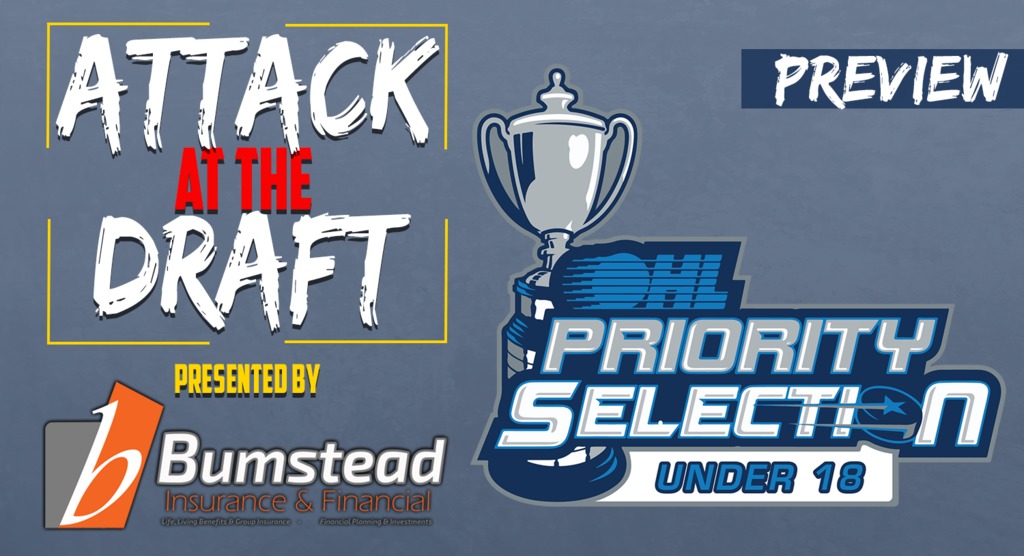 Draft season continues on Wednesday for the Owen Sound Attack when they will participate in the 2021 Ontario Hockey League Under-18 Priority Selection.  The Attack hold the 11th, 30th and if required the 51st overall picks.  The draft will take place online starting at 12pm on Wednesday, June 9th.

This is the fifth year for the U18 draft which allows OHL teams to draft players that are not currently on a CHL Member Team Protected List who were carded with a Midget AAA Hockey Club within the OHF, HNO, or HEO in the 2020-21 playing season.  This is a two-round draft; however, teams are permitted to make a third selection if they choose a goalie in one of the first two rounds.

“We have had our fair share of success drafting players at the U-18 age group” said Attack General Manager Dale DeGray.  “This draft allows us to add players to our prospect list who may have been missed or overlooked for a variety of reasons the year before.”

The 2021 OHL Under-18 Priority Selection will kick off at 12 p.m. on Wednesday, June 9th when the London Knights make the first overall selection.  Get all your Attack information by following Attack at the Draft presented by Bumstead Insurance and Financial on the Attacks social media feeds and by visiting attackhockey.com.  The OHL will also be live streaming the selections with audio on their YouTube channel as well as providing live results at ontariohockeyleague.com/draft/2021U18.