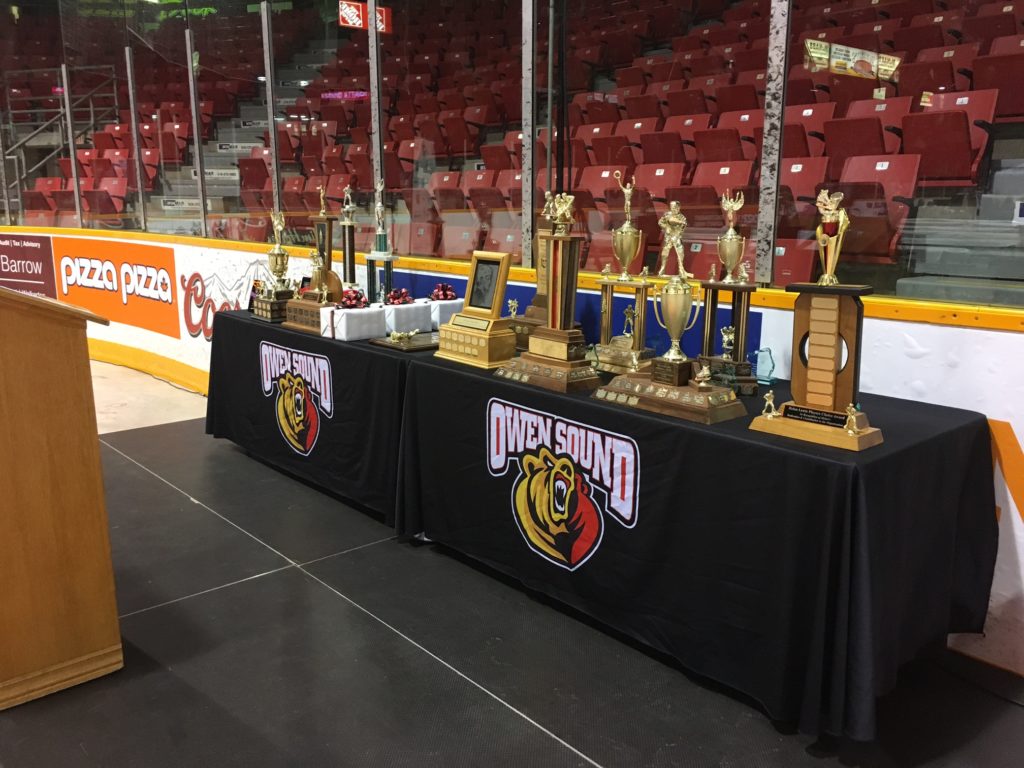 The Owen Sound Attack held their annual Awards BBQ on Sunday, June 4 in front of a packed crowd at the Harry Lumley Bayshore Community Centre, bringing the 2016-17 hockey season to a complete close.

Attack import Petrus Palmu was the big winner on the day, taking home three awards following a season that saw him lead the team in points with 98.

For his scoring prowess, Palmu was awarded the Tommy Burlington Award as the Attack’s leading scorer, while also taking home the Huron Tractor Supply Player of the Week Award as well as a share of the Jerry Reid Memorial Award with Michael McNiven.

Palmu earned the Huron Tractor Supply Player of the Week Award after being named the team’s Player of the Week six times throughout the season, while his Jerry Reid Memorial Award as co-Regular Season MVP with Michael McNiven was earned by way of one of the finest seasons in an Attack uniform.

Draft eligible forward Nick Suzuki also picked up a troika of awards, earning the Howard Hindman Memorial Award for the team’s Scholastic Player of the Year, while also being named the Butch Keeling Memorial Award Winner as the team’s Playoff MVP. Suzuki, who racked up 96 points by way of 45 goals and 51 assists on the year, was also named the Attack Pak’s Fan Club Award Winner for the season.

Winning a pair of awards each were Michael McNiven and Jonah Gadjovich, with McNiven sharing the Jerry Reid Memorial Award with Palmu and adding the Red Leckie Award memorial award for Largest Contribution to the Organization to his resume.

Prior to presenting Gadjovich with the Helen Lewis Players’ Choice Award, Attack Coordinator of Communications and Community Events, Shaun Bisson, announced the team would be renaming the Players’ Choice Award after the Attack Pak President for her countless years of dedication to, and support of the team.

The Attack also announced the signing of 1st round selection Mitchell Russell on Sunday. Fans can find more information on the signing HERE.

A full list of Award Winners can be found below. 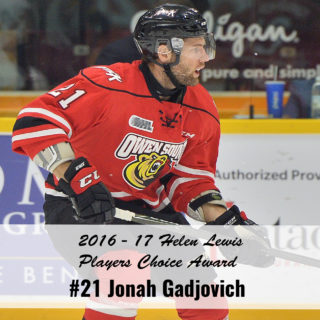 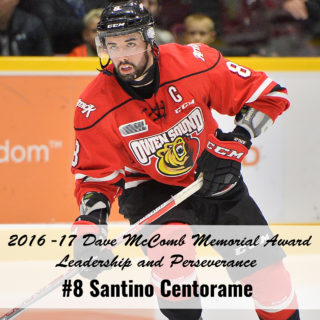 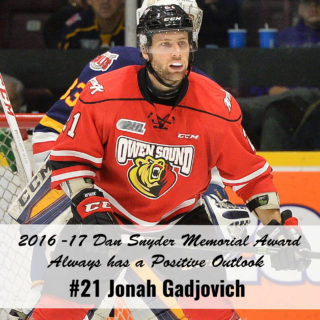 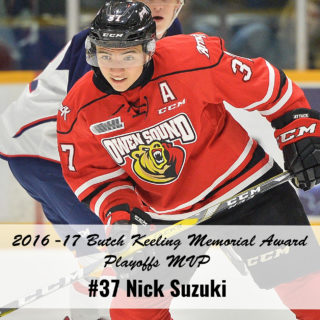 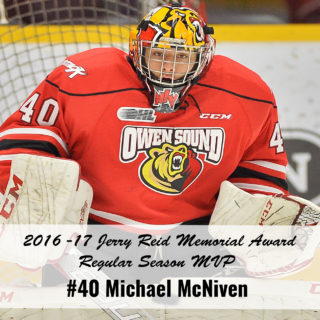 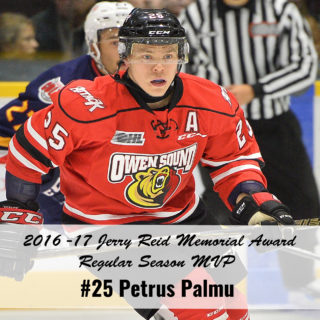 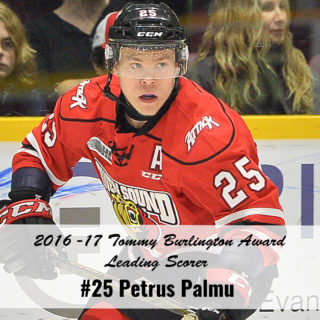 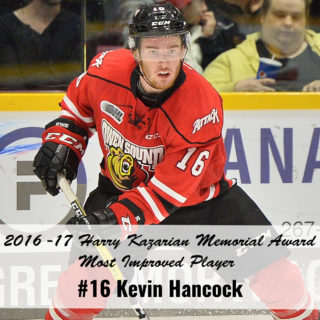 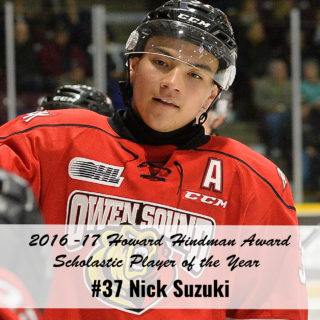 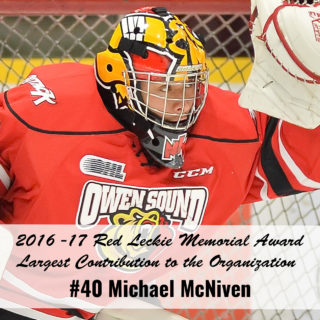 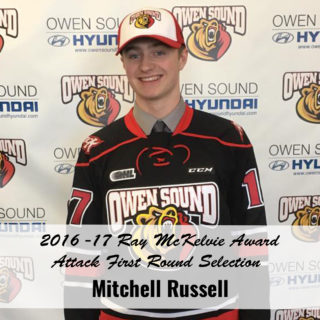 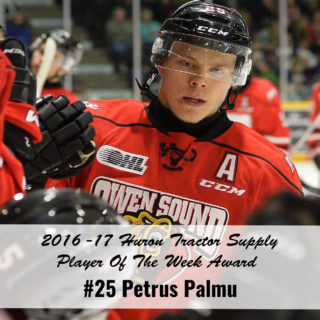 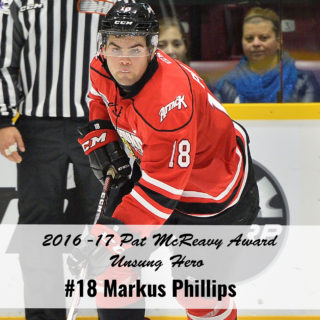 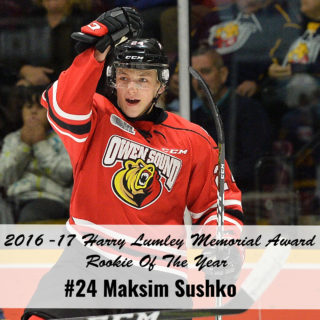 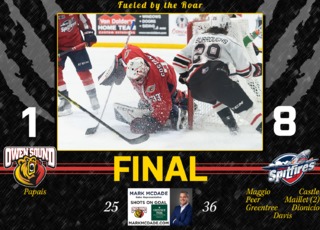