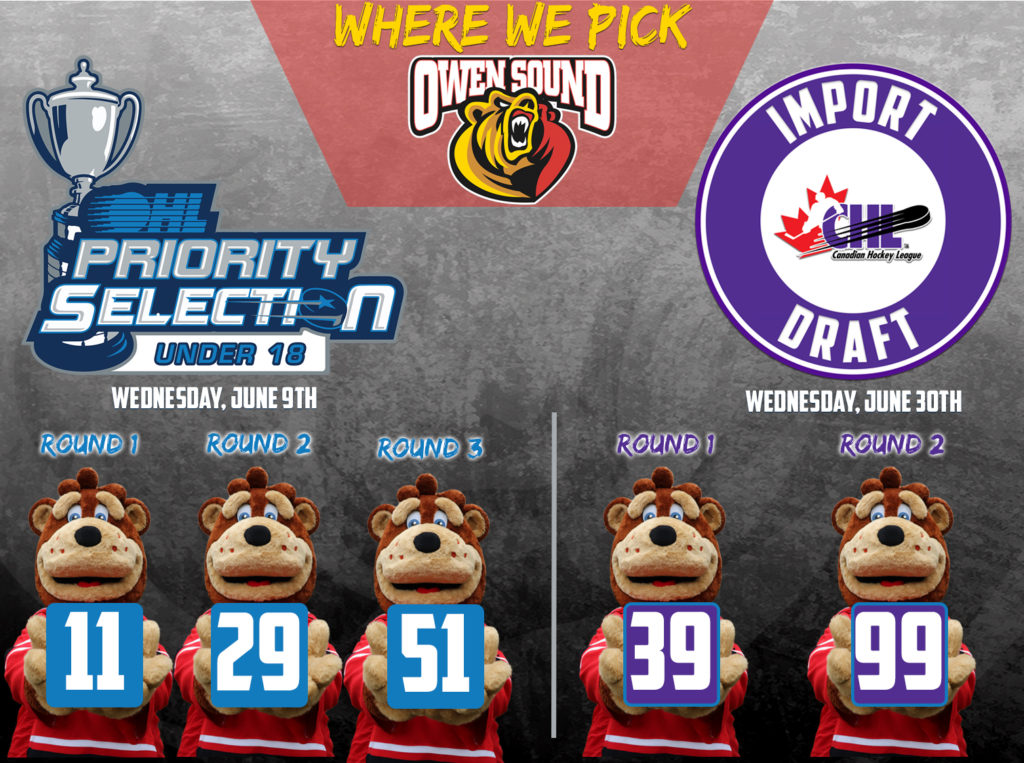 This afternoon the Ontario Hockey League announced the results of the lottery for the OHL Under-18 Priority Selection and the positioning for OHL clubs for the Canadian Hockey League Import Draft.  The Owen Sound Attack landed the 11th pick in the first round of the under-18 draft and the OHL’s 13th position in the import draft which means we will select 39th amongst all CHL teams in the first round of the import draft.

The OHL U18 Priority Selection is a two-round process with the exception for the allowance for an additional selection by a team in the third round if they’ve chosen a goaltender with one of their first two selections. Players eligible to be selected are those 2003 or 2004-born U18 AAA players not currently on a CHL member team protected list who were registered within the OHF, HNO or HEO during the 2020-21 playing season. This year’s selection, similar to the OHL Priority Selection, will be structured in a serpentine arrangement, with the order of selection in each round going in inverse order from the previous.

The 2021 OHL U18 Priority Selection will see the Attack select 11th in Round 1, 29th in Round 2 and if necessary 51st in Round 3.  Attack fans can follow this draft live be streamed live on the OHL’s YouTube channel, with further coverage across the League’s social media platforms and website when proceedings get underway on Wednesday, June 9 at 12:00pm.

The CHL Import Draft will be held online on Wednesday, June 30th with the Attack holding the 39th and 99th overall picks.  With current import forward Stepan Machacek scheduled to return to the Bayshore in September, the Attack will likely only be making one selection on draft day.

OHL Order of Selection for the 2021 CHL Import Draft: 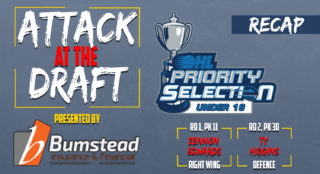 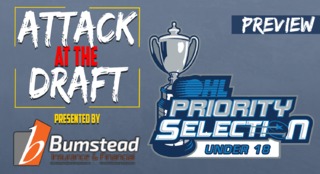 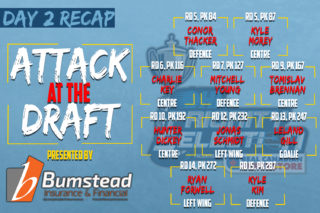 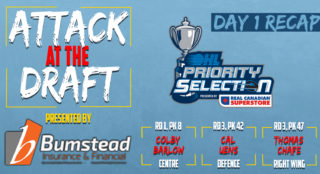 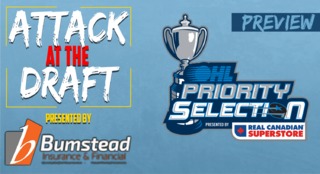 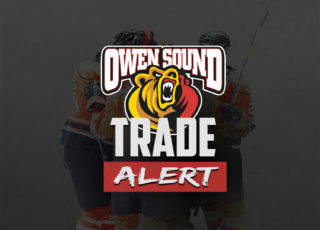