Attack Drop Game One of Doubleheader with Flint 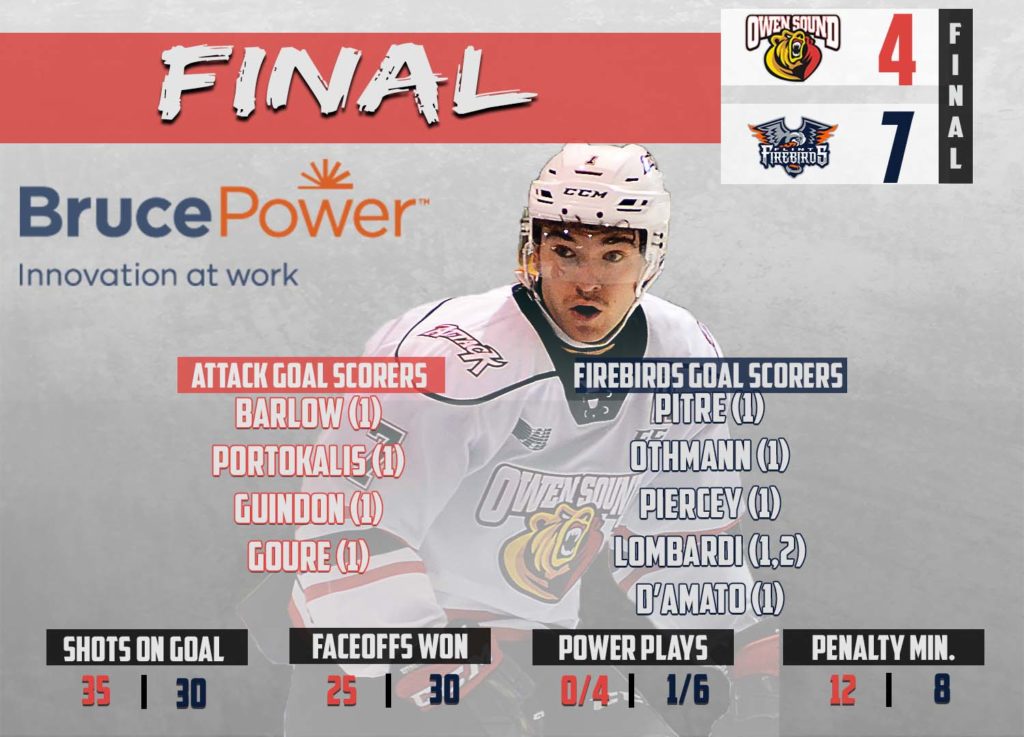 It was a very back and forth game, though the final score might not have shown that, as the Owen Sound Attack fell 7-4 Saturday night to the visiting Flint Firebirds.

The pace was fast to start the game, as both teams tried to stretch out the ice to produce offence. Owen Sound would get the first strike, when rookie winger Colby Barlow tipped a Cedricson Okitundu point shot past the Firebirds net minder to give the home side an early 1-0 lead.

Barlow was honours as the Attack’s academic player of the month prior to puck drop, along with being recognized for winning a gold medal at the U17 Capital City Challenge.

A flurry of goals came before the buzzer sounded to end the second, as Julian Fantino tipped in a William Portokalis centring pass to even the game at two. Flint would retake the lead just a minute and a half later, before Cedrick Guindon would pull the Attack even again just two minutes after the Firebirds goal.

Flint would again jump out to a fast start in the third period, retaking the lead for a third time just 28 seconds into the period. Owen Sound would press to even the score, but the Firebirds finally got that elusive two goal lead just over seven minutes into the period. Flint would make it a 6-3 game, before Deni Goure finished off some nice passing to bring the Attack within two, and provide some hope to the bench.

Owen Sound would get their looks, but were unable to solve the Flint net minder, and an empty netter with just under a minute to play sealed the game.

Rookie goalie Corbin Votary would make 23 saves in his sixth start of the season, including a solid pad save early in the game to keep things scoreless.

The two teams are back in action tomorrow afternoon with puck drop set for 2 pm at the Bayshore. Tickets are available either online or at the McVicar and McComb Sutton Reality Box Office. 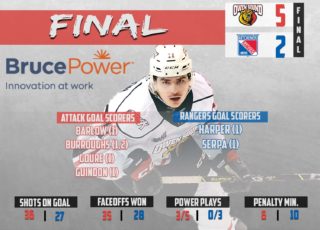 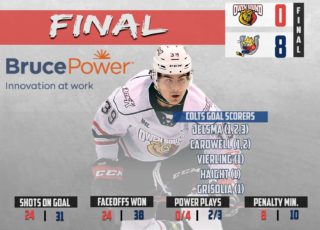 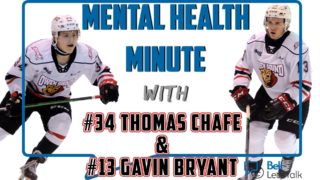 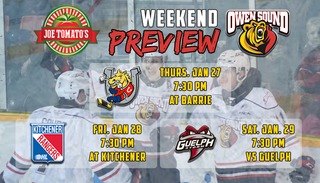 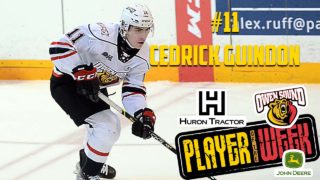