Attack Fueled Up for Another Season 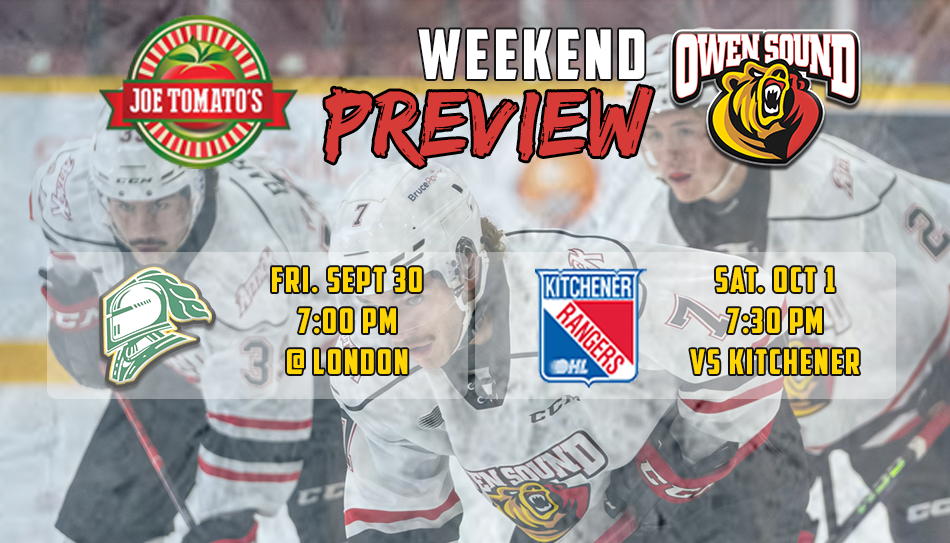 The Attack kick off the 2022-23 regular season with familiar foes on opening weekend, first up the regular season begins in London with the Knights, followed by the home opener against the Kitchener Rangers Saturday night here at the Harry Lumley Bayshore.

The Attack head into the season with new expectations, no longer is the team full of first year players coming out of a lost 2020-21 season. Now the bears feature 18 returnees including both goaltenders, most of the defensive core, three recently NHL drafted forwards, three 30 goal scorers and a deep, competitive forward core ready to take on the always tough Midwest Division.

What better test for a group trying to prove that a season ending with a tight game 7 loss to the Flint Firebirds was just the beginning of their rise than facing off against the team that had their number all of last season in the London Knights. Owen Sound was only able to manufacture a single win in ten attempts against the Knights in a West heavy schedule last season. The Knights have lost a couple key cogs to their offense with Luke Evangelista and Antonio Stranges headed for greener pastures in their pursuit of professional hockey careers. However, the Knights are always dangerous with returning goalie of the year Brett Brochu at the helm to go along with several hopeful offensive and defensive pieces in Denver Barkey, rookie defender Sam Dickinson among others. The Attack would love nothing else then to turn over a new leaf by picking up a win against the Knights early this season.

Saturday the feisty Kitchener Rangers roll in as the Bayshore flips its new Led lights on for another Attack season. The bears managed a 6-3-1 record against the blue shirts last year including more than a few heated tilts. The Rangers feature a revamped lineup this season with high hopes on newly acquired players like Hunter Brzustewicz, a highly touted prospect aiming for big numbers heading into his draft season after two seasons on the USNTDP, and Tomas Hamara, a recent 3rd round selection of the Ottawa Senators. The Rangers also have several returning players with lofty expectations in Carson Rehkopf and Francesco Pinelli hoping to build on strong 2021-22 seasons.

Attack Fans can catch all Owen Sound Attack action on RogersTV Grey County Ch. 53, or stream on OHL Live. Fans can also listen to the game in London on 560 CFOS Bear Radio.

Tickets for the home opener are still available and can be purchased online or by calling or visiting the McVivar and McComb Sutton Reality Attack Box Office.