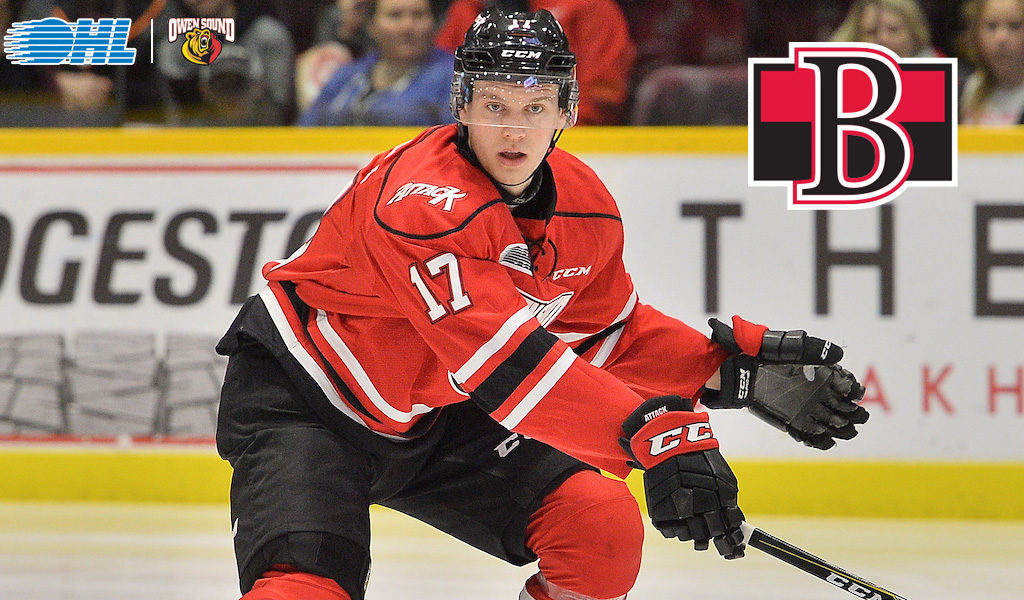 Bourque completed the 2018-19 season with Belleville after finishing his OHL career but didn’t appear in a game for the Sens.

The 21-year-old a native of Burlington, Ont., is a former sixth round pick (175th overall) of St. Louis in 2017. He spent the last five years in the OHL with Sudbury and Owen Sound where he played in 272 games scoring four goals and 49 points.

Last season, he had 12 points (four goals) in 57 games with the Attack and added an assist in five playoff games as Owen Sound were eliminated by the Soo Greyhounds.