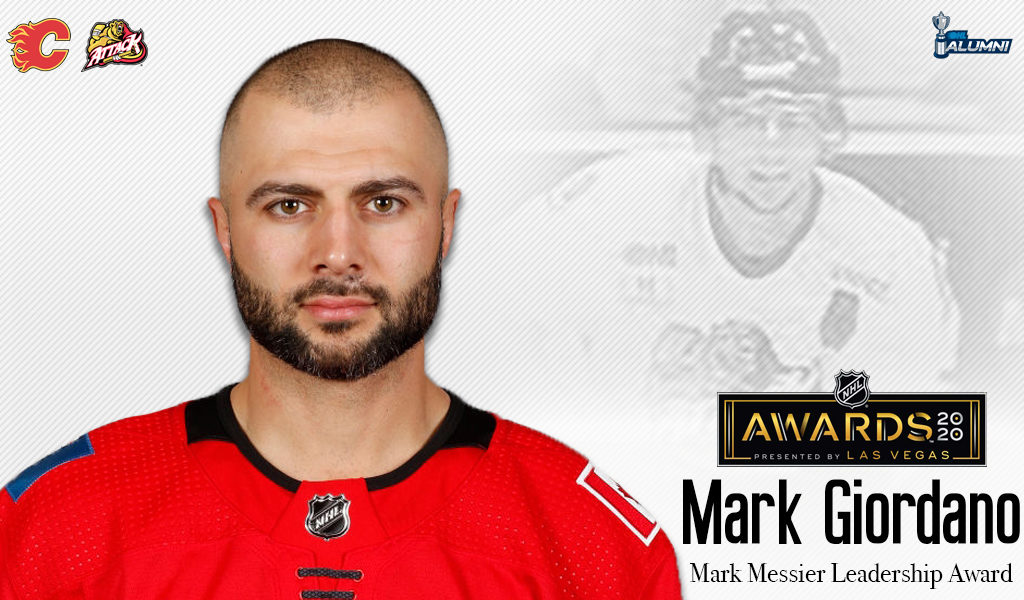 The National Hockey League announced Sunday that Calgary Flames captain Mark Giordano has been awarded the Mark Messier Leadership Award presented to the player who exemplifies great leadership qualities on and off the ice and who plays a leading role in his community growing the game of hockey.

In addition to recording 31 points (5-26–31) over 60 regular season games, the 2019 Norris Trophy winner partnered with the Calgary Board of Education in 2014 to launch Team Giordano to promote improved physical fitness and academics, as well as leadership development, at five high-needs schools. The initiative has raised $40,000 and impacted the lives of 2,900 students. Giordano also participated in other community endeavours, including the Flames literacy program, the You Can Play Project, and the Calgary Pride Parade. He’s also an ambassador for inclusion access and development of hockey through Calgary Flames Foundation programming.

Mark Giordano continued to make an impact in the local community & beyond in 2019-20.

Now 36, Giordano has played 893 games over 14 NHL seasons, all with the Flames who signed him as a free agent following a two-year OHL career spent with the Owen Sound Attack from 2002-04.

Giordano was never drafted to the Ontario Hockey League, making the Attack out of training camp as he went on to record 97 points (32-65–97) over 133 regular season games.