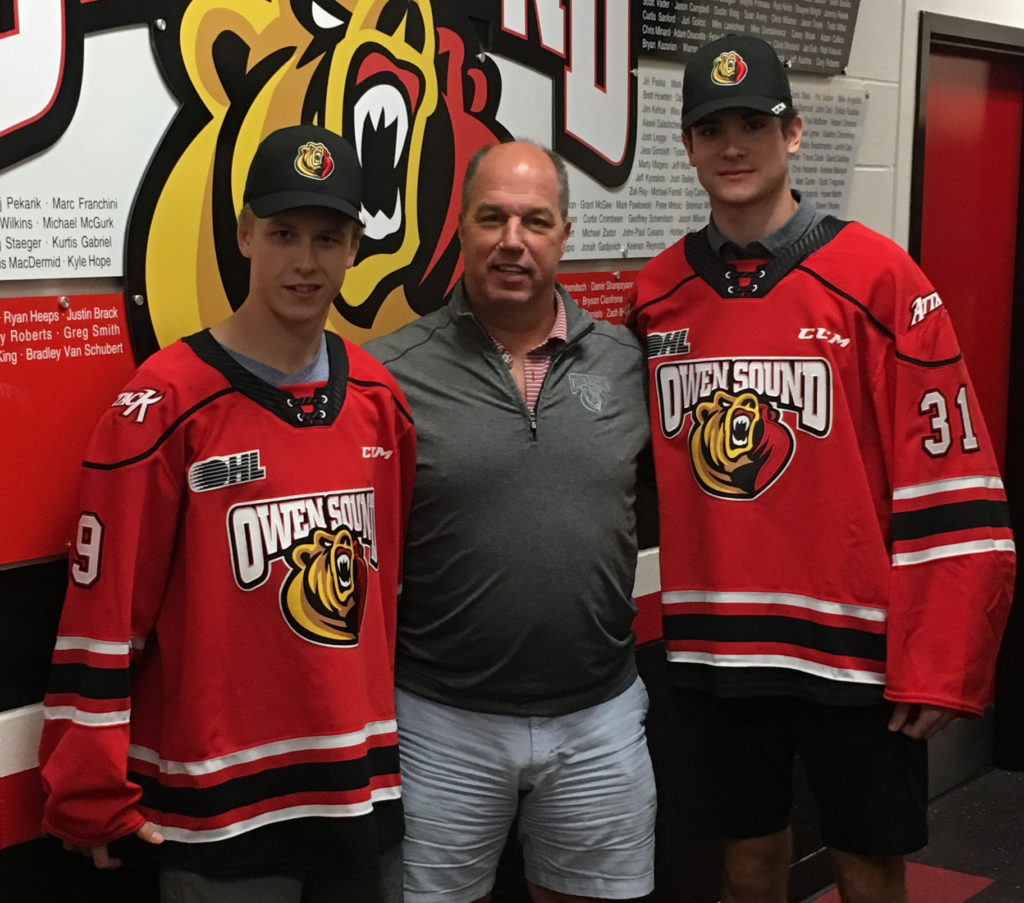 A 17-year old native of Tecumseh, Ontario Chenard was most recently with the Windsor Jr. Spitfires in 2018-19, playing 17 games with a 1.96 GAA.  Chenard was selected in the 6th round of the 2018 OHL Priority draft.

“Chenard came into camp in good shape and ready to perform at the highest level” said Attack General Manager Dale DeGray.  “He did just that with strong performances in all the scrimmages and practice sessions earning his spot with the club.”

Sedley, a 16-year old from St. Mary’s, Ontario spent last season with the Huron-Perth Lakers tallying 24 points in 33 regular season games while adding 6 assists in 8 playoff contests.  Sedley was selected in the 5th round of the 2019 OHL Priority Draft.

“Sedley stood out all week long in training camp” said DeGray.  “He played the same game he played in midget at a major junior level, and he’s going to continue to develop into a puck moving d-man for our team.”

Chenard and Sedley will join the Attack Sunday afternoon against the Barrie Colts in Owen Sound’s first preseason game of the year at the Harry Lumley Bayshore Community Centre. Puck drop is at 2 p.m.

Tickets for preseason contests and all regular season home games are now on sale at the MacVicar & McComb Remax Attack Box Office. Take advantage of the Hockey’s Back Six Pack and get 6 tickets in September and October for just $100! Call us today at 519-371-7452