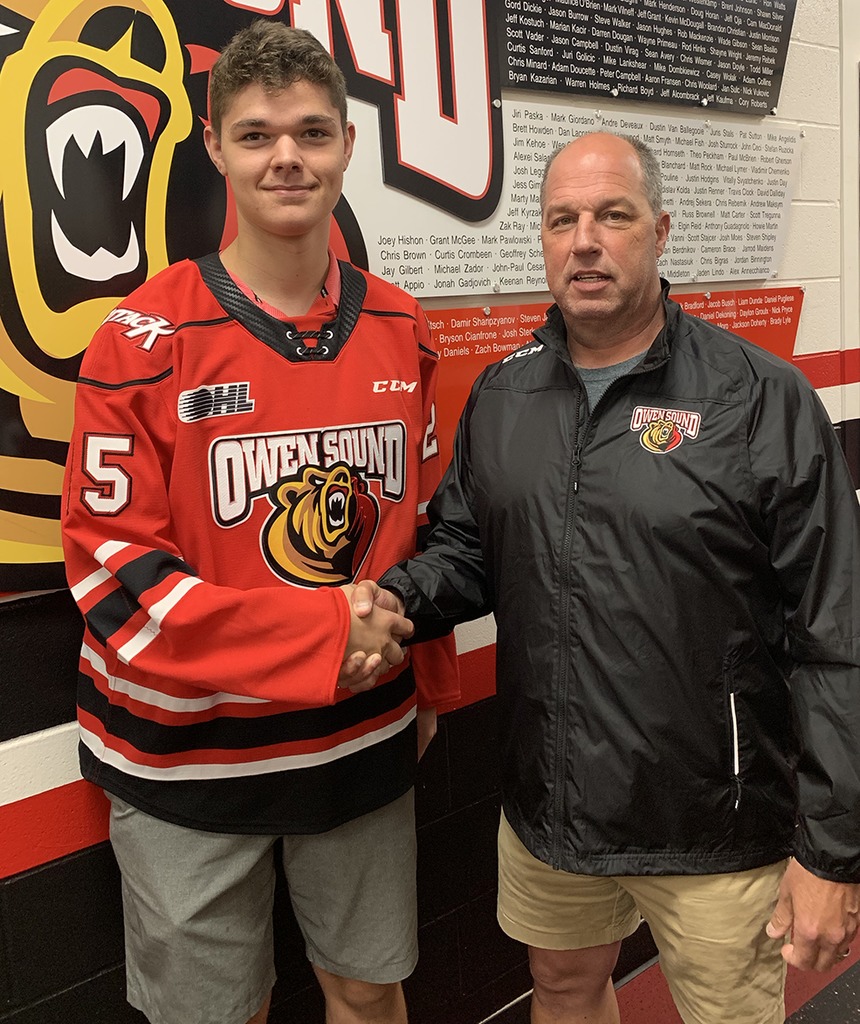 The 16 year-old forward from Orleans, Ontario scored 26 goals with 33 assists for 59 points in 43 games last season in the HEO. After being invited to the National U17 development camp, Lawrence led all players in scoring with four goals and three assists in three games.

Attack General Manager Dale DeGray thinks Lawrence has a great combination of size and skill: “He’s got great touch with the puck for someone that’s 6’5″. We’re really looking forward to his development and he’s been a plus player so far in camp.” DeGray further adds: “He’s proven himself everywhere this past year, and we think he’s going to excel in the OHL.”

Lawrence is currently participating in the Owen Sound training camp, with scrimmages on Thursday at 10:10 a.m. and 3 p.m., and on Friday at 10 a.m. with the annual Red vs. White game at 6 p.m. Friday night. Admission is free to the public.

The Attack open their preseason schedule at home against Barrie on Sunday afternoon at 2 p.m. Tickets are available at the MacVicar & McComb Remax Attack Box Office.