The Owen Sound Attack is pleased to announce the signings of a trio of players at the conclusion of Training Camp 2017.

“All three had a great camp and showed that they worked hard over the summer,” DeGray said of the trio.

“They deserve to be here and the expectations are that they’re going to push for playing time. We’re excited to have Igor, Jackson, and Marino on board and can’t wait to see them on the ice”

The Attack will take to the ice for the first time as a unit when their exhibition schedule opens up at home on Sunday, Sept. 3 against the Barrie Colts.

Puck drop at the Harry Lumley Bayshore Community Centre is 2:00pm and tickets are available for purchase at the MacVicar & McComb ReMax Attack Box Office, which will open at 12:00pm.

Season Ticket Holders are reminded of the 2nd annual Town Hall Meeting, which will take place in the Shore Room at 11:00am, where they will be able to pick up their Season Ticket Booklets and ask questions of DeGray and new head coach Todd Gill.

Fans can find a full roster for the Attack below. 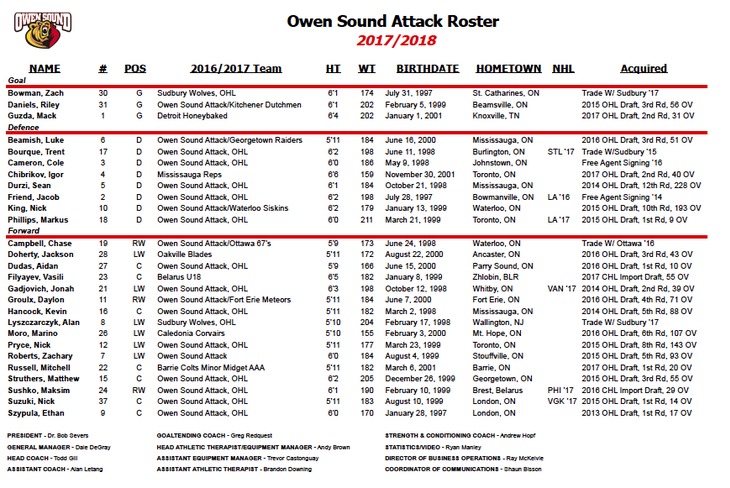 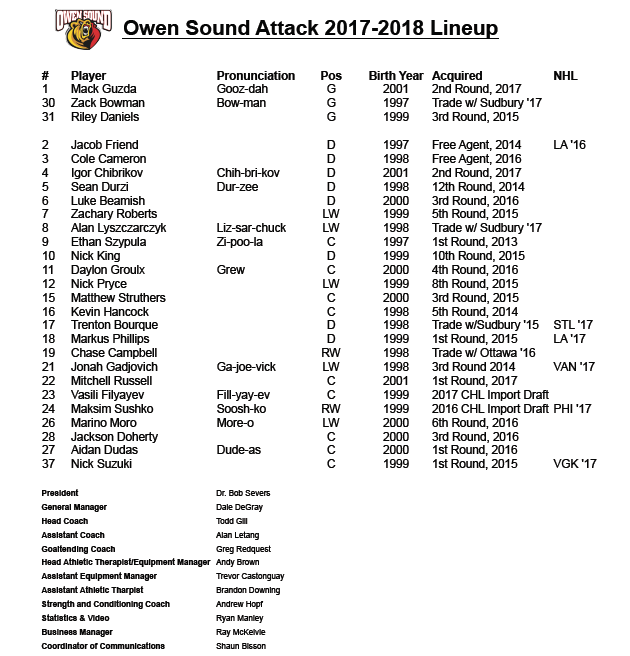