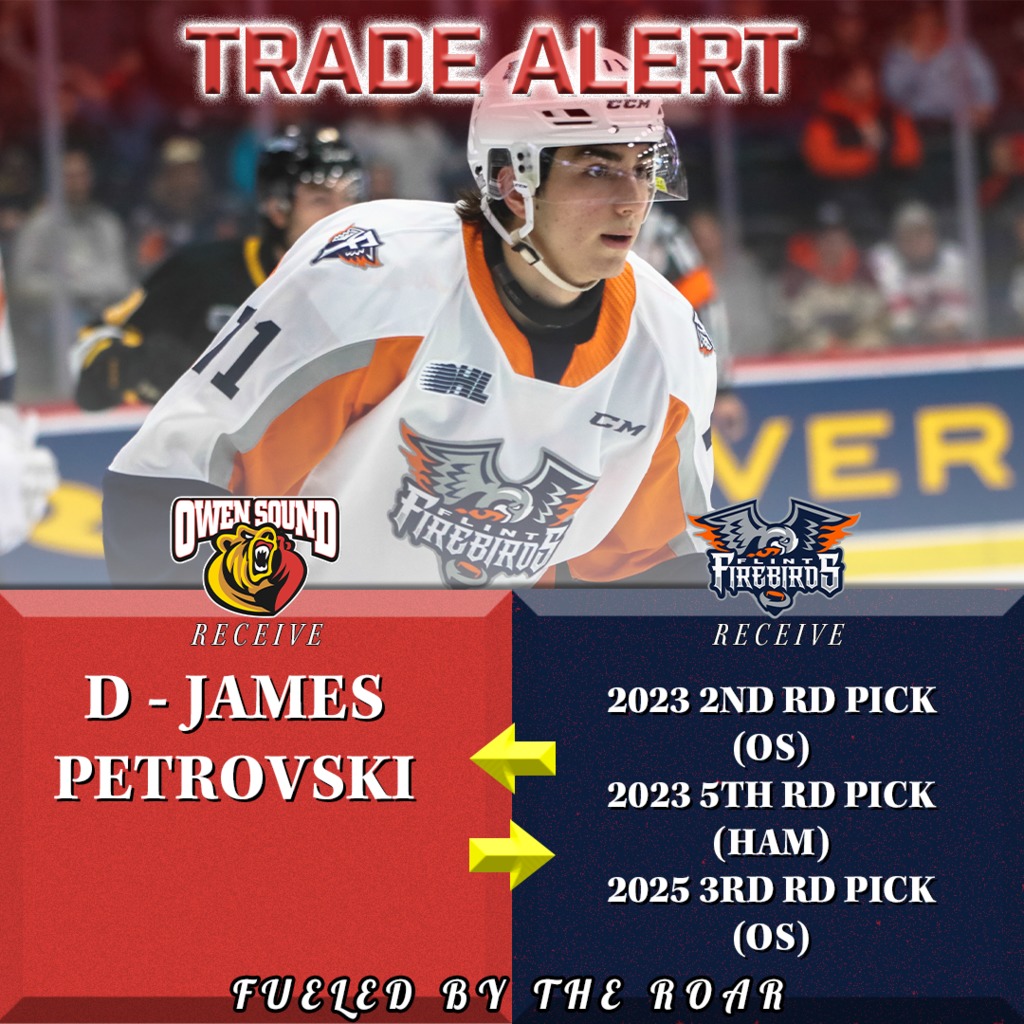 In hockey you can never have enough depth and on Friday morning, Owen Sound Attack General Manager Dale DeGray addressed the team depth by completing a trade with the Flint Firebirds to bring in defensemen James Petrovski.

The Mississauga, ON native was a second round draft pick by the Firebirds in the 2021 OHL Priority Selection Draft, being taken 33rd overall. Petrovski dawned the Firebirds jersey for 57 games last season, were he scored three goals and 10 points while being a +12 player. The young defensemen also showcased his game in 18 of 19 Firebirds playoff games, as he was apart of the Flint squad that went all the way to game seven of the Western Conference Finals.

Though not having flashy numbers, with just four assists in 16 games this season, Petrovski will bring a presence to the Attack blue line with his size alone, standing 6’3 and 187 pounds. Fans can expect the new blue liner to bring a physical force and hard nose style to the Bears Den, as the Attack look to compete for a championship this spring.

The Attack want to welcome Petrovski to the Bears Den, and look forward to seeing him suit up in a Bears uniform in the future.