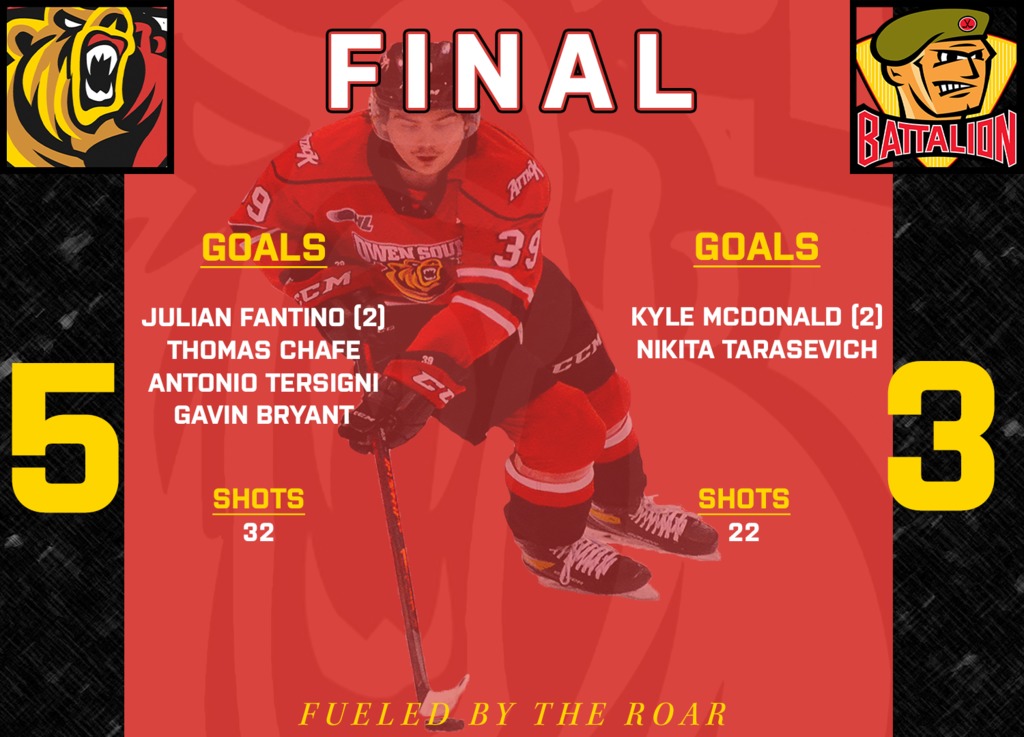 It’s perfect 2-0 start to the preseason for the Owen Sound Attack, after a 5-3 win over the North Bay Battalion on Sunday afternoon.

After sitting out the first preseason game in Barrie, veteran defensemen Sam Sedley and Nolan Seed, along with goalie Nick Chenard all made their first appearance of the season. Chenard was solid as he held the net for the first half of the game before giving way to rookie Carter George, who had another good outing in the Attack net.

Forward Julian Fantino continues his strong offensive output, notching another pair of goals, this time just scoring both goals just 15 seconds apart, early in the second period. Thomas Chafe would register his first of the preseason late in period two, to give the Attack a 3-1 lead heading into the final frame. Rookie Antonio Tersigni would score hs first goal in an Attack jersey, early in the third to give to stretch the Attack lead to 4-1.

The Battalion would crawl back to within a goal late in the game, but Gavin Bryant sealed the Attack win with an empty netter, with just 17 seconds left in the game.

The Attack continue preseason action on September 20, when they welcome the Battalion to the Bayshore. Game time is set for 7pm with tickets available at the MacVicar and McComb Sutton Realty Box Office. 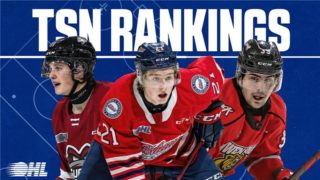