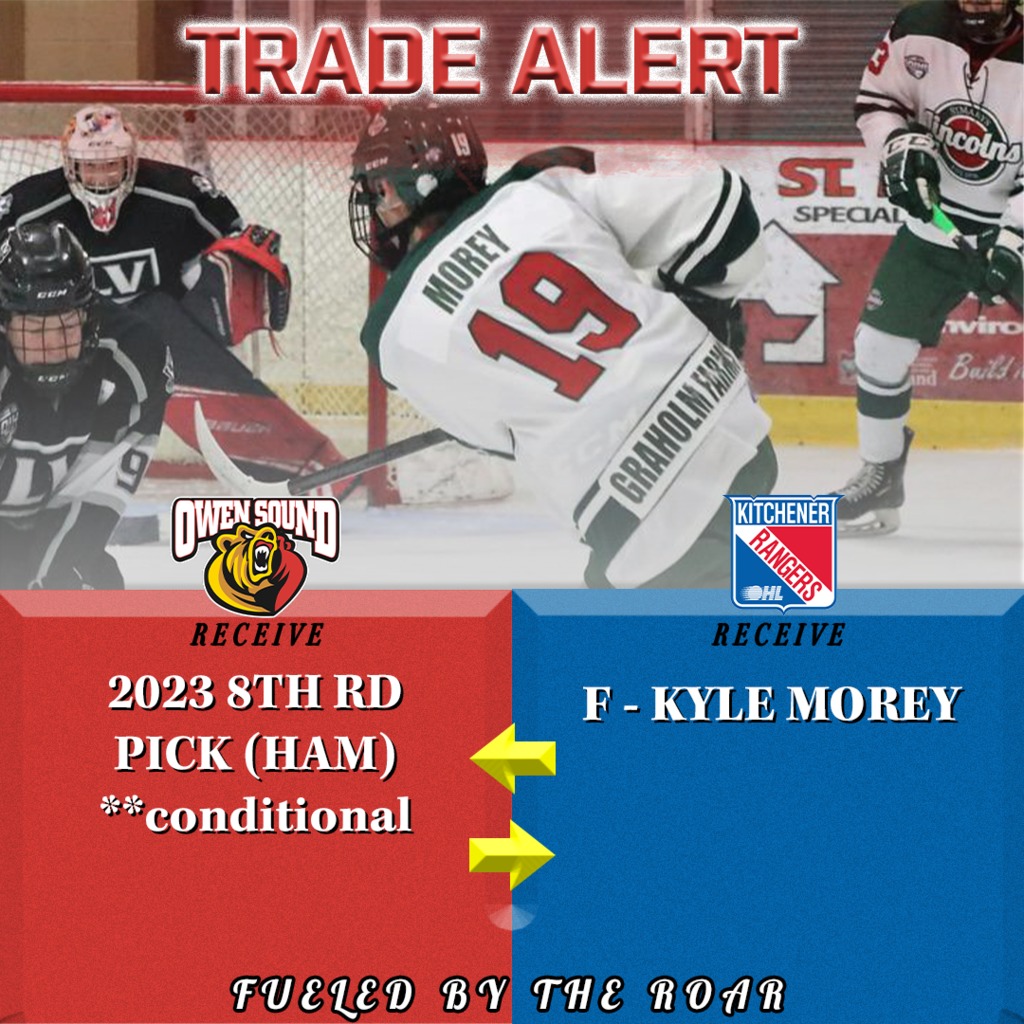 The Owen Sound Attack have completed a trade sending Kitchener, ON native Kyle Morey to his hometown Kitchener Rangers in exchange for a conditional 2023 8th round pick (originally Hamilton’s).

Morey was a 5th round, 87th overall, draft selection by the Attack in the 2021 OHL Priority Selection Draft. A skilful forward, Morey spent the 2021-22 season playing with the St. Mary’s Lincolns of the Greater Ontario Junior Hockey League, where he posted 44 points in 48 games as a 16-year old. Of his 44 points, 18 were goals, showing the young forward had a good ability to fill the net.

Though unable to make the Attack out of camp this season, the trade provides Morey an opportunity to play in the OHL this season. This is the second trade in just a few days span where DeGray has both the Attack and the player’s best interest in mind, as he recently traded former prospect Mitchell Young to Sarnia for a conditional draft pick.

The Attack wish Morey good luck in his quest to play in the league and look forward to the potential battles with the former Bears prospect. 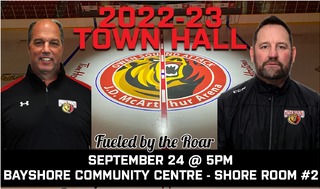