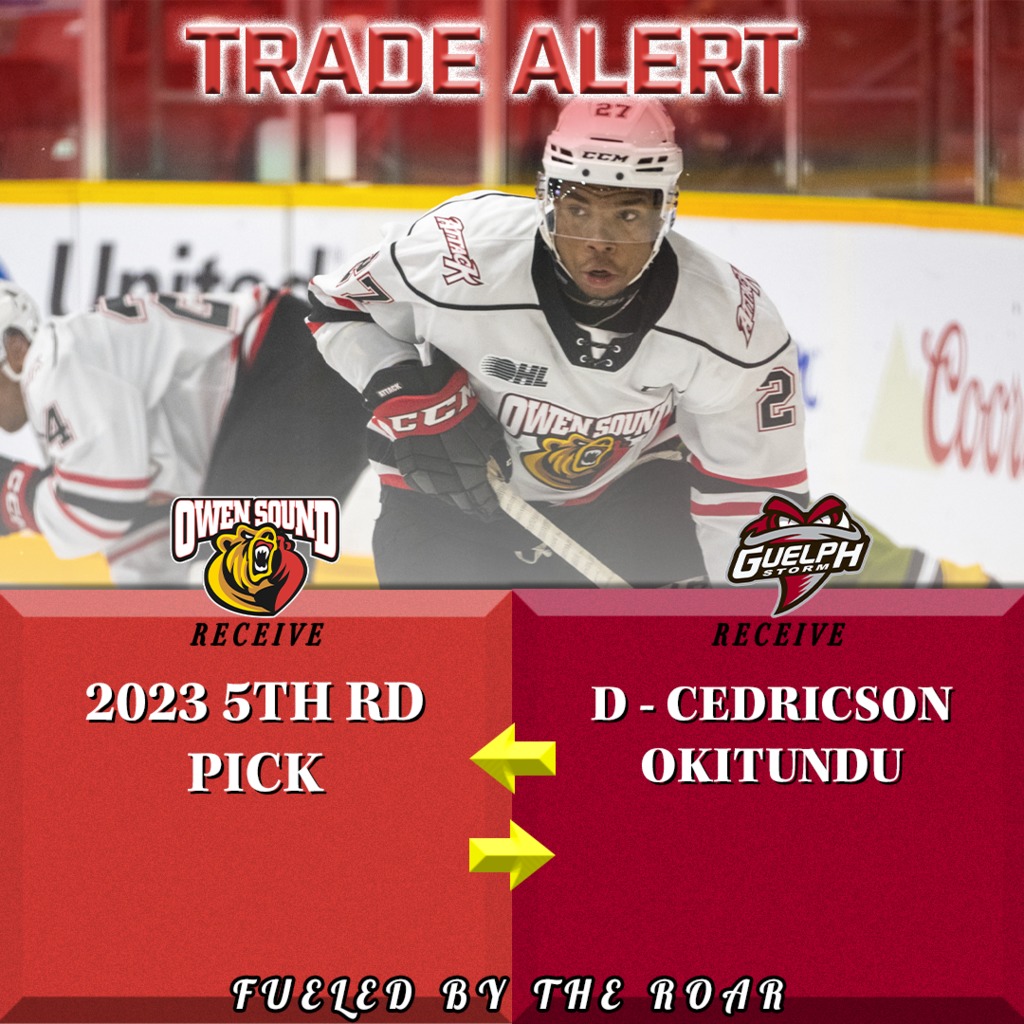 Owen Sound Attack General Manager Dale DeGray stays busy this September, as he has completed another trade, this time sending defensemen Cedricson Okitundu to the Guelph Storm in exchange for draft picks.

Okitundu appeared in 43 games, and 4 playoff games last season for the Attack, where he registered 5 assists throughout the regular season. Playing an in-your-face type of game, Okitundu looked solid in the four Attack preseason games this month, as he registered a goal and an assist, while being a plus 6.

The Attack will receive a Guelph 2023 5th round Priority Draft pick in exchange for the Waterloo, ON native. The entire Attack organization thanks Cedricson for his time with the team, and wishes him good luck as he moves on in his OHL career.