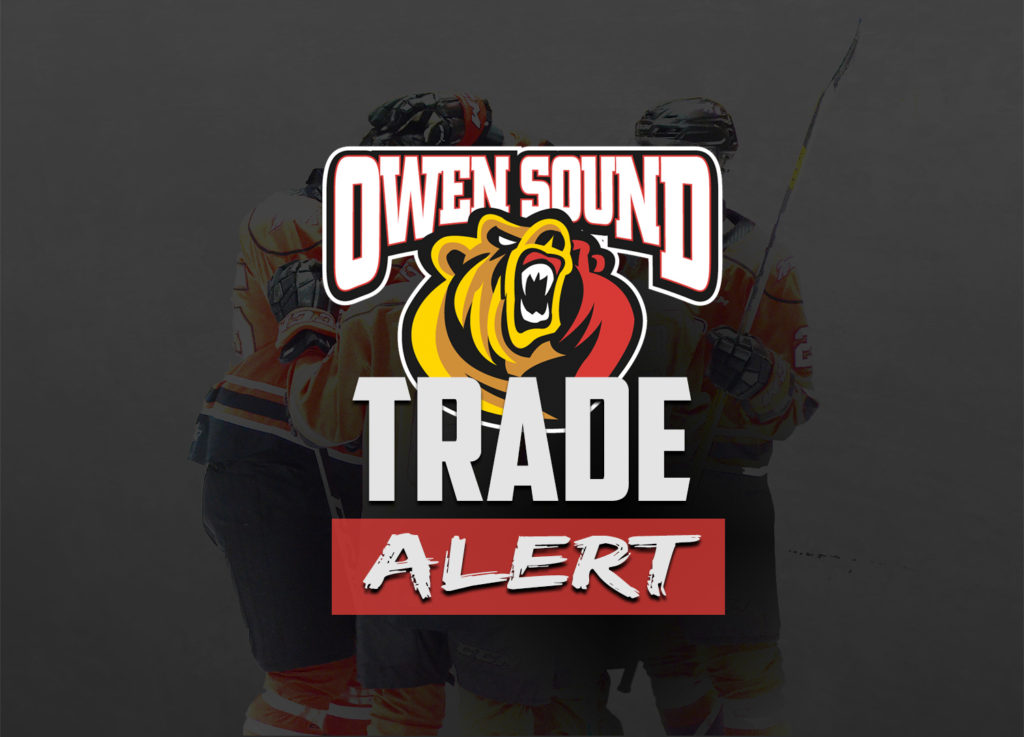 The Owen Sound Attack have traded overage defensemen Andrew Perrott to the Windsor Spitfires in exchange for four draft picks.

Perrott was acquired by Owen Sound mid-way through the 2018-19 season, in a trade with the London Knights. Perrott would appear in 116 games for the Attack, where he posted 8 goals, 51 assists and 59 points. The overage defensemen was a steady presence on the Bears blue line during his time, including the first half of this season where he was having a career year with 22 points (1G, 21A) in 23 games.

“Andrew has been a solid contributor for us in the time he has been with us,” Attack General Manager Dale DeGray said. “He has turned into one of the more dynamic defence man in the league. We wish him well in Windsor.”

Perrott showed his maturity and leadership this year, as he had served as an assistant captain for the Attack, as well as the team’s representative for Hockey Gives Blood.

The Attack organization wants to wish Andrew the best as he continues his stellar season in Windsor.