Attack Welcome Woolley’s Warriors To The Bayshore This Saturday 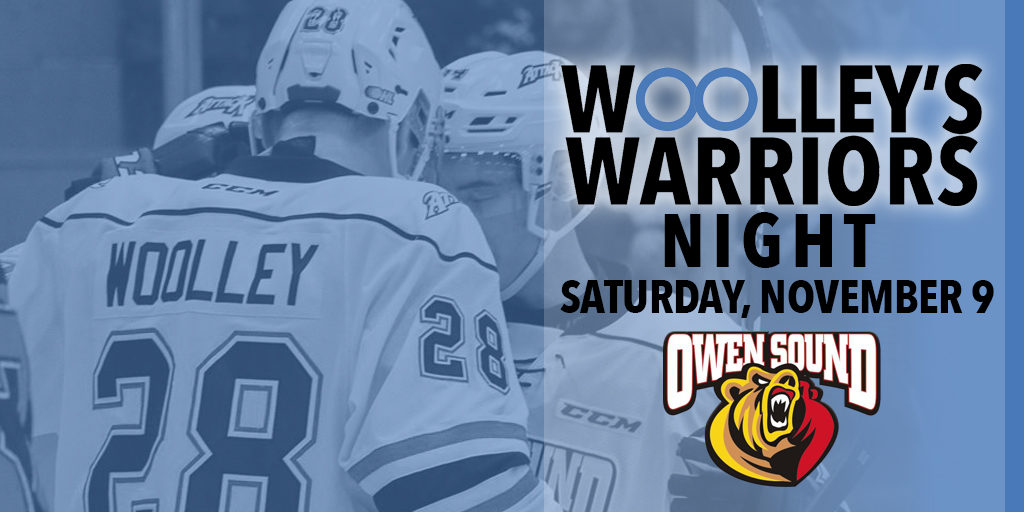 The Owen Sound Attack are proud to partner with our defenseman Mark Woolley for our first ever Woolley’s Warriors game this Saturday night at the Bayshore. The game will be in support of Woolley’s Warriors’ goal to send kids to Diabetes Canada D-Camps. Fans are encouraged to bring in small household (bakeware, cookware, decorative accents, cutlery, utensils, etc.) and electronic items (cameras, CDs, DVDs, toys, gaming consoles, etc.), gently used clothing (all types), footwear, and toys. Fans will be able to donate their items and learn more about Woolley’s Warriors on the concourse prior to, and during the game. For more information on what fans can donate, visit Diabetes Canada here.

In addition to donating items, fans are encouraged to take part in a silent auction that will take place throughout the game, giving fans the chance to take home some great items including an autographed Mark Woolley stick.

For over 30 years, Diabetes Canada has been collecting clothing and small household donations to fund important research in the fight to end diabetes and send kids to D-Camp. Over $5,000,000 is invested annually in diabetes research. 100 million pounds of donated items are collected, diverted from landfill and used to help fund research each year.