Attack Win in Return to the Bayshore 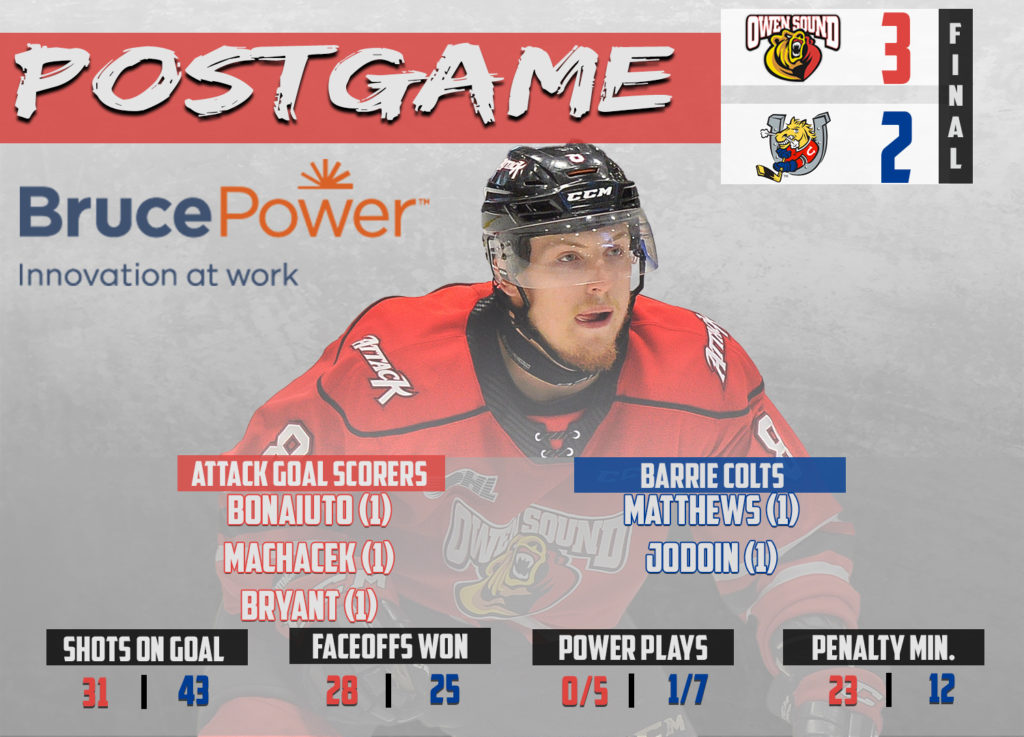 The Owen Sound Attack got on the board early and survived a late push by the visiting Barrie Colts, to earn their first win of the preseason by a 3-2 score.

It was the first hockey game in the Harry Lumley Bayshore Community Centre in 563 days. Though capacity restriction limited the amount of fans in the building, the fans that were present were loud and made the Bayshore rock, as emotions ran high on the ice.

The Attack are back at the Bayshore next Saturday, October 2, when they welcome the North Bay Battalion for their final preseason game. Limited ticket are available for next Saturday, or fans can catch the action on RogersTV.