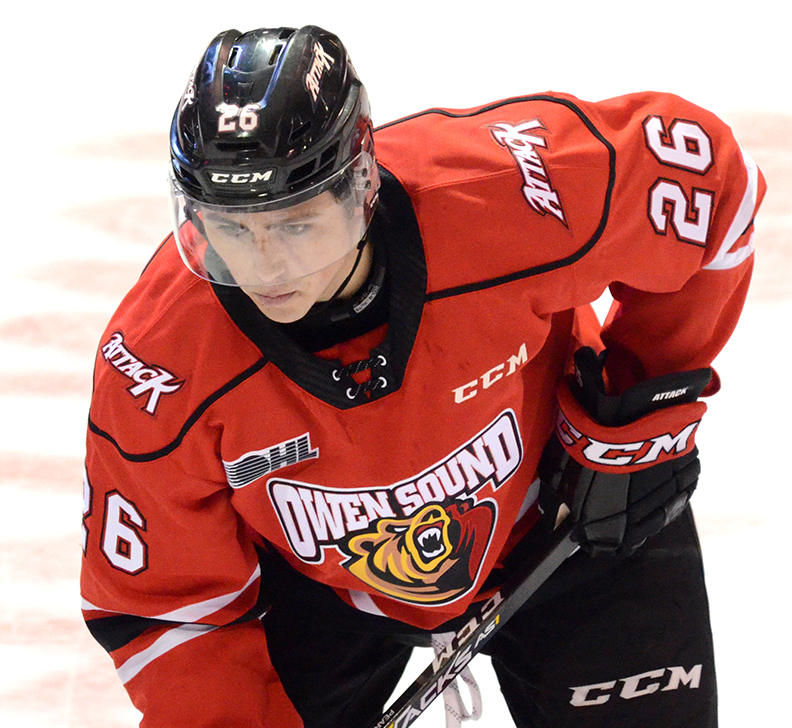 The Owen Sound Attack defeated the North Bay Battalion this afternoon at the Harry Lumley Bayshore Community Centre in a shootout.

Josh Samanski scored the shootout winner, Kaleb Pearson added two in regulation and Nizhnikov recorded the third for all the firepower the Attack needed in their 2nd victory of the preseason.

Mack Guzda and Nick Chenard were solid in the Attack net, stopping 27 of 30 shots, and Chenard stopped all three Battalion skaters in the shootout to earn the victory.

Brad Chenier of the Battalion added two of his own goals, with former Attack forward Mitchell Russell scoring one.

The Attack will meet the Battalion tomorrow afternoon in North Bay to wrap up the exhibition schedule. There will be no tv or radio coverage of the game.

Tickets to the Attack Home Opener are available at the MacVicar & McComb Remax Attack Box Office. Take advantage of the Hockey’s Back Six Pack and get six tickets to any combination of September/October games for just $100!