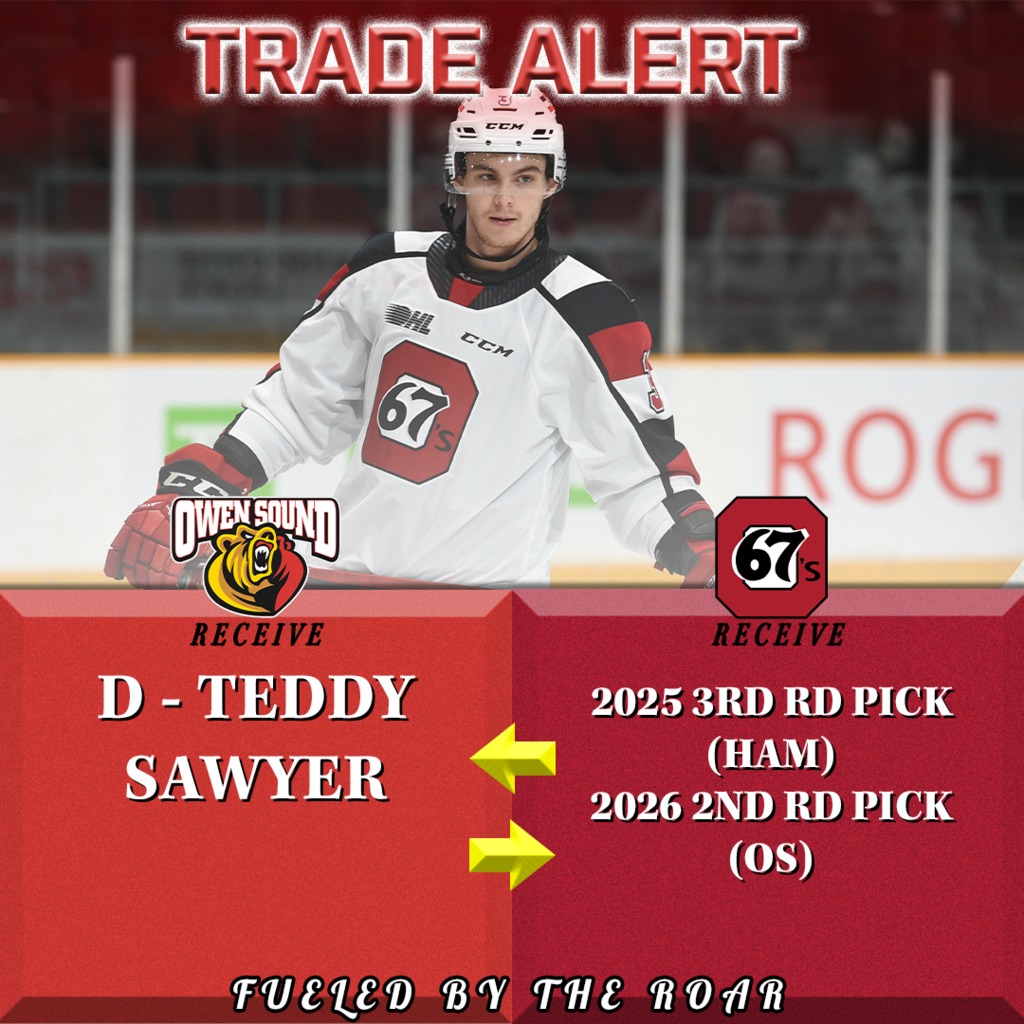 The Owen Sound Attack have acquired 19-year old defensemen Teddy Sawyer from the Ottawa 67’s for a pair of draft picks.

Sawyer was a third round draft pick (62nd) in the 2019 OHL Priority Selection Draft, and is a veteran of 92 OHL games. Attack fans may come to adore Sawyer, as he has a similar playing style to form Bears in Mark Woolley and Andrew Perrott. Given that style, the Columbus, OH native has record a career 18 points over his time in the league, but has also been a plus player each season.

The picks that the Attack are giving up are a 2025 3rd round pick, which was originally Hamilton’s, along with their own 2026 2nd round selection. Sawyer will join the Attack for their opening weekend of the season, as the team travels to London Friday night, before returning home for their Home Opener against the Kitchener Rangers.