BEARS WERE NO MATCH FOR THE DOGS TONIGHT 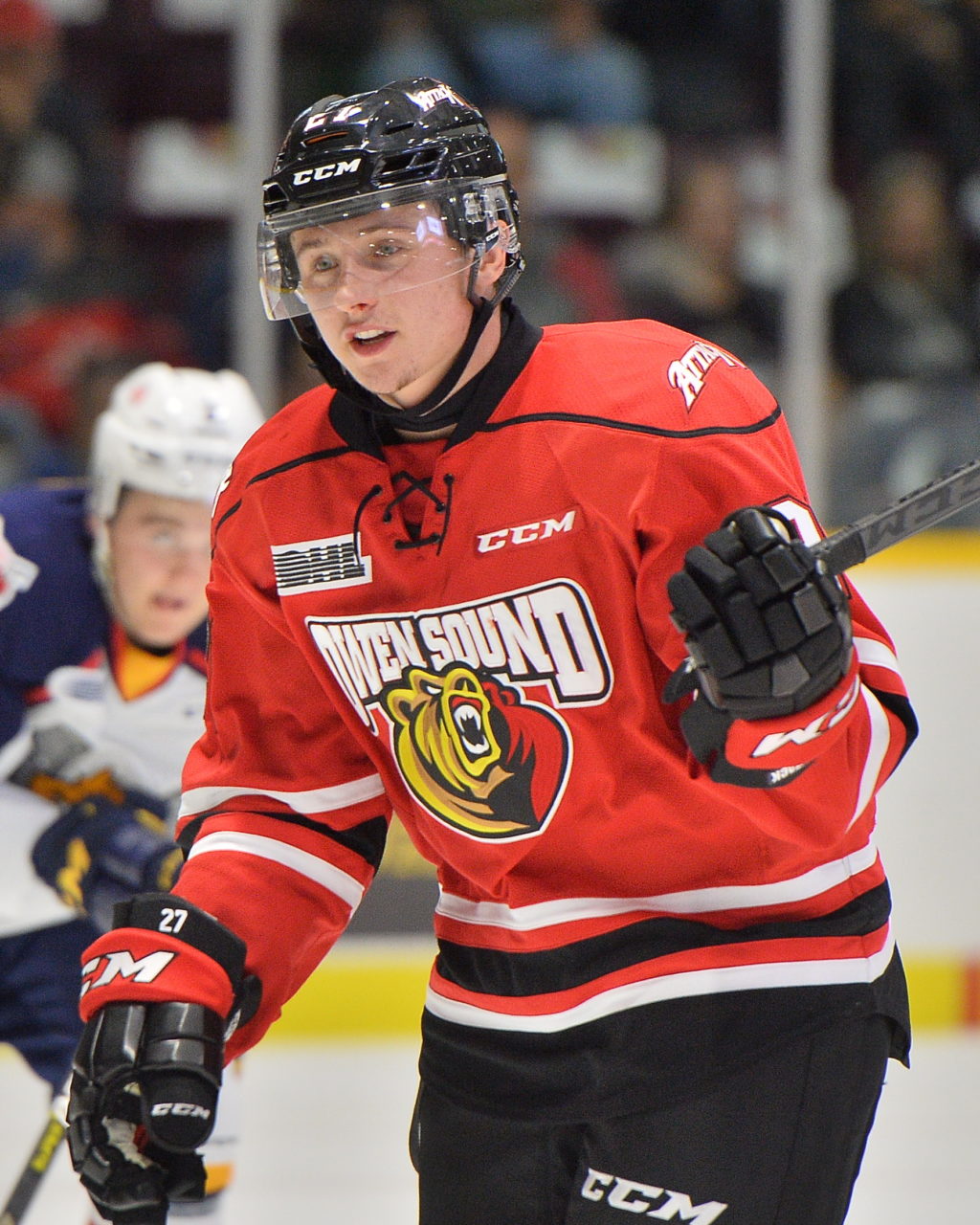 The Owen Sound Attack were in Niagara tonight for their second of two road trip games.  They were looking to continue their success on the road after a 2-1 victory in Erie last night. With tonight being the only visit to Niagara of the season, the boys wanted to make it a good one.  But the Dogs’ were on a different level tonight.

The Ice Dogs open scoring right away in the first, when Elijah Roberts finds the back of the net past Attack netminder Mack Guzda just over a minute in.   The Dogs waste no time to secure their lead when Johnathon Schaefer scored his second goal of the season at the 5-minute mark.

Period one saw Owen Sound head to the box three times, but Niagara wasn’t able to finish the play on the man-advantage.  The Bears saw the powerplay once in the period but could not take advantage.

Mark McDade Chestnut Park Shots on Goal for the first were 13-4, in favour of Niagara.

The Dogs’ found the back of the net once again when Philip Tomasino made a beauty shot from a pass from Jason Robertson and Akil Thomas. Head Coach Todd Gill pulled Mack Guzda, replacing him with rookie Andrew MacLean between the pipes.

Mark McDade Chestnut Park shots on goal in the second were 16-12, in favour of Owen Sound.

This period, Owen Sound were the ones to start out on the powerplay for just under two minutes.

Just halfway through the period, Zach Roberts comes out of the box from a blindside hit penalty and finds the puck sending it straight to the back of the net past Ice Dog’s netminder Stephen Dhillon.

The remainder of the game was a penalty filled affair, mostly for Owen Sound. Two 5 minute majors are given out to Jackson Doherty and Carter Robertson, and each also received a game misconduct. Multiple goals were seen on the penalties.

Tomasino scores his 10th to make it 4-1, and two minutes later Jason Robertson scores his 25th goal of the season.  With just under two minutes left in the game, Akil Thoman finds his 10th goal and final score is 6-1.

First star honours went to Philip Tomasino for his two goals and one assist on the evening, while Ice Dog’s Jason Robertson earned the second star for his one goal and three assists.  The third star went to Ice Dog’s netminder Stephen Dhillion for stopping 36 shots on the night.

Mark McDade shots on goal after three were 44-37 in favour of Niagara.

We are back in action Saturday night for a 7:30pm puck drop vs the Barrie Colts at the Bayshore. Saturday night’s game is also our Toonies for Toys game, so be sure to bring an unwrapped toy or lots of toonies for a great cause!

Tickets are available for Saturday night’s game at the MacVicar & McComb ReMax Attack Box Office, online at www.attackhockey.com or 519.371.7452.