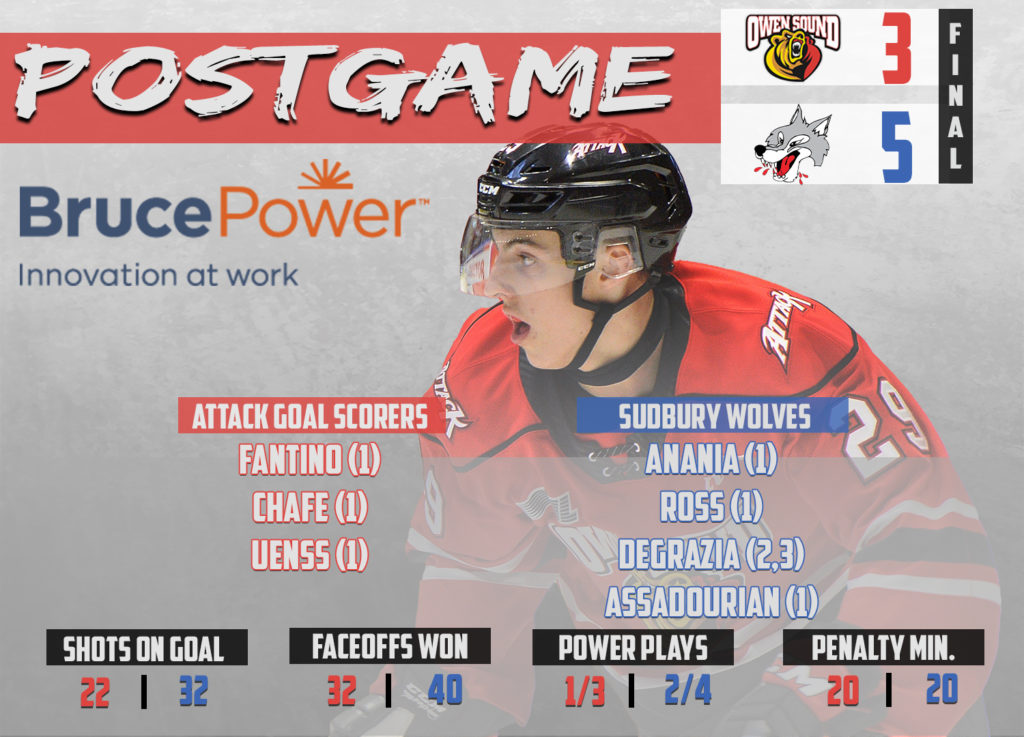 With the return of some key veterans to the lineup, it was the rookies who shone offensively in this game. Julian Fantino scored his first goal, giving him three points across three preseason games. Thomas Chafe and Cal Uens, the Attack’s two third round picks from 2021, each tallied their first points of the preseason as well.

The Attack continue preseason action tomorrow night, as they are set for their first game at the Harry Lumley Bayshore in 563 days, when they welcome the Barrie Colts. For fans who can’t make it the game will be streamed across FaceBook Live, with live commentary.

Based on the provincial announcement the Attack have increased preseason capacity to 1505, and will make an announcement early next week regarding the up-coming regular season.