Despite Pause On Season, Attack Looking Forward To The Draft 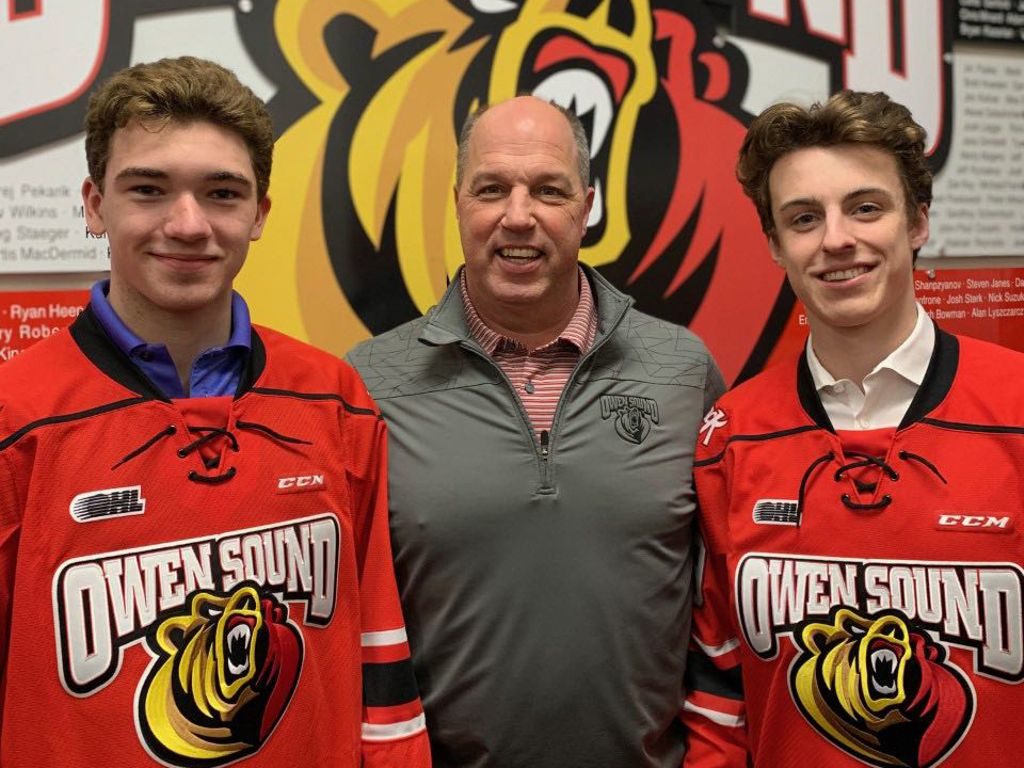 With the suspension of Ontario Hockey League play, the closure of our offices and our staff’s adherence to strict “social distancing” that sees us working from home and meeting by conference call, the Attack is trying to do our small part to limit the spread of the Corona virus, COVID-19, in Grey and Bruce.  But, while those parts of the operation are quiet, the Attack remains very busy readying your team for the moment that play begins again.  At this time, we cannot know what the immediate future will bring.  Will we have OHL playoff action? Will the Memorial Cup be awarded this year?  The Canadian Hockey League is monitoring the national situation and the health of our communities and will follow the sage advice of medical and public health officials.  It is the right thing to do.

Even though operations in the OHL are on-hold, our General Manager, Dale DeGray, and our many scouts from across the province and the United States, are hard at work reviewing and collating the information and reports they have amassed concerning hundreds of OHL-draft-eligible players over the last twelve months in preparation for the April 4th OHL Priority Selection. This selection process distributes the best young hockey players from Ontario and several American states amongst the OHL’s twenty member teams and ensures that the OHL remains the top development league in the world.

The opportunity to make these selections is fundamental to the future of all OHL teams. 2016 saw Aidan Dudas selected in the first round of that draft.  In 2017, we added Mack Guzda & Igor Chibrikov .  In 2018, the draft added Nolan Seed, Griffin Wilson and Nic Chenard to the team.  These players have all distinguished themselves as rising stars.  Next, one only has to look at Dale’s 2019 draft picks to realize how critical this process is to the continued growth of your team.  Last year, Dale and his staff identified a remarkable group of youngsters and, incredibly, seven of these players made the hockey club out of training camp.  Carrying four underage players into the season and one more player taken in the “Midget” draft is unprecedented in the history of our hockey club.  Watching them make the impact they did was all-the-more impressive.  We could not have been happier with the performances of Deni Goure, Ethan Burroughs, Kaleb Lawrence, Sam Sedley and Logan LeSage.  When you add Joshua Samanski, quietly identified by our group and signed as a free agent and Stepan Machecek, selected in the European draft in June, the team was left in a great position for the future.  These kids will grow up together here in the Sound and promise to be competitive and exciting for years. Dale tells us that this year’s crop of eligible players is strong and our 10th overall draft position will result in the addition of several exciting new talents.

So, your hockey team is moving forward, despite the quiet appearance of the Bayshore.  The Attack will soon be presenting regular, new features on the website and we encourage everyone to follow the team and the OHL at attackhockey.com and ontariohockeyleague.com. With everyone keeping their social distance and with the closure of the Bayshore, we cannot host fans at the draft this year but we encourage you to tune into ontariohockeyleague.com to follow your team’s 2020 OHL Priority Selection at 9:00 AM on April 4th to be part of the preparations for the 2020-21 OHL season here in Owen Sound.