Exhibition Play Wraps Up With Set Against Battalion 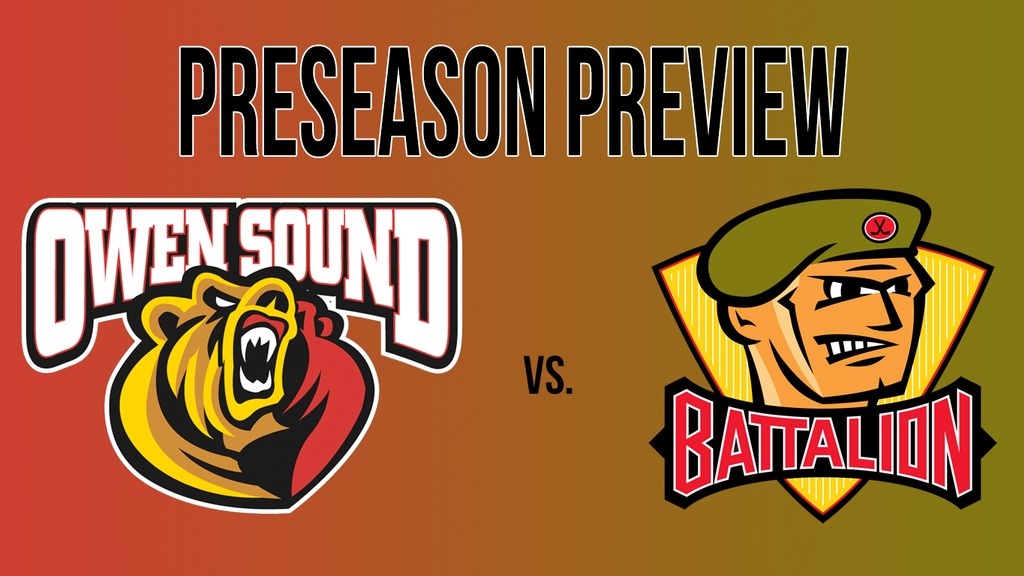 The Owen Sound Attack are completing their preseason schedule this weekend with a home and home series against the North Bay Battalion.

Before the game on Saturday, Attack General Manager Dale DeGray and Attack Head Coach Al Letang will be part of the Annual Attack Town Hall beginning at 11:30 a.m. in the Shore Room at the Harry Lumley Bayshore Community Centre. This event is open to the public.

The Bears will host North Bay on Saturday afternoon with the puck dropping at 2 p.m. Adult tickets are $10 and youth admission is only $5. Fans receive an added bonus with the price of admission this weekend, as all tickets are also good for admission to Owen Sound Ribfest, taking place in the North Parking lot at the Harry Lumley Bayshore Community Centre. Tickets are available at the MacVicar & McComb Remax Attack Box Office. Rogers Grey County will televise the game on channel 53.

The Battalion will return the favour on Sunday and host the Attack at the Memorial Gardens, with the puck dropping at 2 p.m. Carter Robertson, Sergey Popov and Andrew Perrott have all returned from NHL rookie camps, but Aidan Dudas and Brady Lyle have been invited to the main camps of the Los Angeles Kings and Arizona Coyotes and will not be taking part in the weekend series.

Next Saturday Owen Sound will begin their 2019-20 campaign with their home opener against the Ottawa 67s. Tickets are available at the Attack Box Office, including the Hockey’s Back Six Pack, where fans can get six tickets to any combination of games in September and October for just $100, a savings of over $44!