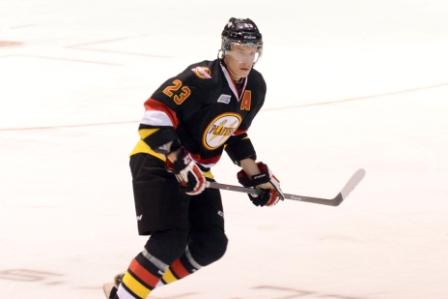 The top team in the Eastern Conference was in town on Saturday night as the Attack looked to extend their mini winning streak to three games in a row over the red hot Frontenacs.

The Frontenacs were the OHL’s highest scoring team coming into tonight’s game and the Attack defense and goaltending would have to be at their best.

If fans came to the Bayshore looking for an entertaining, back and forth game….they got just that!

After scoring the game tying and game winning goal in Sarnia on Friday, Zach Nastasiuk opened the scoring and gave the Attack a 1-0 lead. Kingston would reply shortly after when Henri Ikonen scored his 5th of the year on the powerplay to send the game into the intermission tied at one.

Gemel Smith would restore the Attack’s lead but Kingston would reply again, knotting the game at two goals a piece. With four minutes left to play in the 2nd, Zach Nastasiuk would give the Attack the lead heading into the intermission when he put the puck upstairs over Matt Mahalak on the powerplay.

The third period would be an exciting one! Kingston tied the game at three just over five minutes in when Spencer Watson netted his 6th of the season. It would be back and forth, end to end action from there. With just over six minutes remaining, Gemel Smith would take the Cameron Brace feed at the side of the net and deposit his league leading 13th goal of the season.

After trading powerplays prior and with the Attack up a man, the Kingston player would streak down the wing and while Brandon Hope stopped the first shot, Henri Ikonen would tap in the loose puck for his 2nd of the game, sending the contest into overtime.

Overtime would again provide several glorious chances for both teams, but it would be an unlikely hero on this night as Kurtis MacDermid took the Holden Cook pass, pushed around the defender and fired a bullet through the five-hole of Mahalak. The goal was the 2nd of the season for MacDermid.

Brandon Hope had another stellar game for the Attack, making 46 saves for the victory, his 3rd in a row. 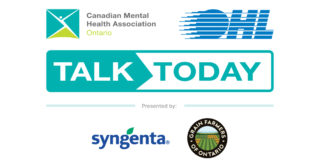 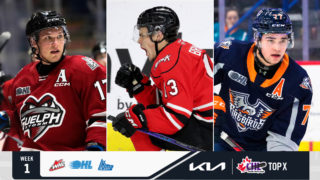 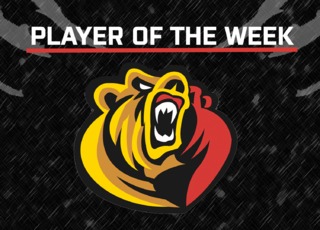