How The Attack Prepare For The OHL Draft 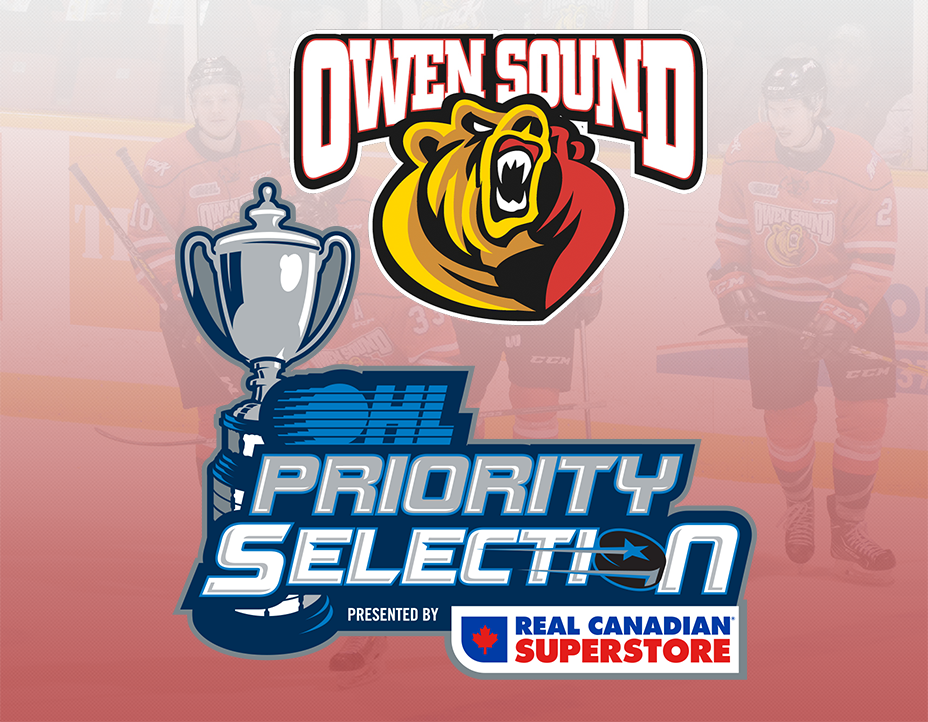 The 2020 OHL Priority Selection is just 10 days away, and your Owen Sound Attack hold the 10th overall selection for the second consecutive year. Last season, Owen Sound added skill and size to its forward ranks with Deni Goure, Ethan Burroughs and Kaleb Lawrence while finding a future power play quarterback in the 4th round with Sam Sedley. But how does Attack General Manager Dale DeGray and his team of scouts figure out who to select? A lot of watching hockey games and a lot of driving.

DeGray estimates that he’s been out to 220 games this season, which is actually less than usual due to the early stoppage of the season. Sean LaFortune, Attack Director of Player Development, has been to twice the amount as DeGray this year, coming in at over 500 games. But he says that’s typical: “It sounds like a significant amount, but you also need to consider that you can watch 11/12 games every day at tournaments. It’s a fair amount, but no different than most people in my position.” Living in Toronto, LaFortune is close to some of the biggest tournaments of the year. That includes the Toronto Titans Prospect Tournament, Whitby SilverStick, and the OHL Cup. But he’ll also travel to the OHL Border Battle in Windsor or up to Ottawa for a viewing of a player.

All told, LaFortune says the Attack staff gets out to upwards of 2,000 games in a year through all areas of Ontario and the United States. “There’s a lot of due diligence that goes into every pick, whether it’s the 1st round or the 15th round.” He adds: “As a staff, we saw Ethan Burroughs play roughly 40 games last year.”

The staff gets out to lots of games looking for the next superstar and every scout has their own idea of what they want in a player. Aaron Armstrong, a GTHL scout for the organization and an assistant coach at Ryerson University, values a players toolset over their production in the Minor Midget ranks. He says: “For me the first step of the evaluation process is to identify and understand the players tools. Once I have an understanding of their skill set, I will then look at a multitude of other factors, including their production, their environment, etc.”

DeGray sees less value in the stat sheet: “As far as what I value, production is generally not something I look at. I think if the player plays the right way and is an offensive type player, points and production will come. For me it’s hockey sense, skating and drive that I would be looking for than anything.”

However, some people do find wisdom in production. LaFortune says: “If a player doesn’t produce at the minor midget level, there’s very little past precedent that he will produce at the OHL level. Production can do a great job of ‘fact checking’ the eye test and ensuring that what you see results in production.” But he’s still a big believer in getting out to see the players play games: “There’s a minimum skill level requirement that is required to play at the OHL level, a minimum requirement of sense/skill/smarts that we need to measure in person.”

Players at 15 or 16 are not finished products and the Attack coaching staff does a great job at developing young talent. This leads to some aspects of the game that talent evaluators might be willing to overlook. Armstrong says: “I believe that through video and practice our coaches can improve a player’s capability away from the puck. In minor hockey most top end players do not need to excel in this area in order to be effective.” He explains why it becomes more important: “However, as you move up the leagues there is only less time and space, so it is critical that players continue to learn how to be effective and positionally responsible away from the puck.” DeGray thinks size is less important than ever, and he feels that an undersized forward with skill, speed and grit is still an incredibly effective player.

For LaFortune, there’s one skill he’s looking for above all. He says “I think if you look at the history of the minor midget draft, the players who end up being the most successful are the ones who possesses hockey sense. Hockey sense can overcome average to below average attributes or skills in other categories.” He knows from experience: “It’s a bit of a cliche at this point and has already been touched on earlier, but the most successful players in my time in Owen Sound are ones who offer high compete, hockey sense and skill. Looking at guys like Nick Suzuki, Kevin Hancock, Jonah Gadjovch, Aidan Dudas et al, they all share those same attributes.” And what advice does he give to younger players? “If I’m a player looking to make the jump into the OHL, I’d key on those three items and push myself to get better at all three. Some are harder to develop than others, but I think those are the key attributes all players should be looking at.”

Armstrong couldn’t agree more on drive: “For me the most important skill that all players should continue to develop is their work ethic. Today’s game is extremely competitive at every level and you cannot reach your full potential without having a strong work ethic. I think this skill is too often overlooked on the development side of the game. Work ethic is something that can be practiced, developed, and it to me is the greatest predictor of how successful a player will be.”

Not every player is going to be a high round selection in the OHL draft, or even selected. But that isn’t the end of the line for a player. Kaleb Pearson, Griffin Wilson and Logan LeSage have gone onto success after being passed over in the draft. Owen Sound has found late round gems in Sean Durzi (12th round), Cameron Brace (8th round), Brayden Rose (7th round), Nic Chenard (6th round) and Kurtis Gabriel was picked up as a free agent.

Most importantly, Attack General Manager Dale DeGray knows it’s a team effort. He doesn’t make any decision on his own and relies on his group for help. He praises David McNamara, his Director of Scouting, and Brian Teakle, Ontario scout, for being two of his most trusted sources alongside Sean LaFortune. Chris Cameron, Rod Freiburger, Shamus Gregga, David Ross and Mitch Avis round out the team of talent evaluators that get ready for their biggest day of the year next Saturday.

The 2020 OHL Priority Selection begins at 9 am on Saturday, April 4th. Follow along on social media or at ontariohockeyleague.com as the Owen Sound Attack add future stars to the organization.