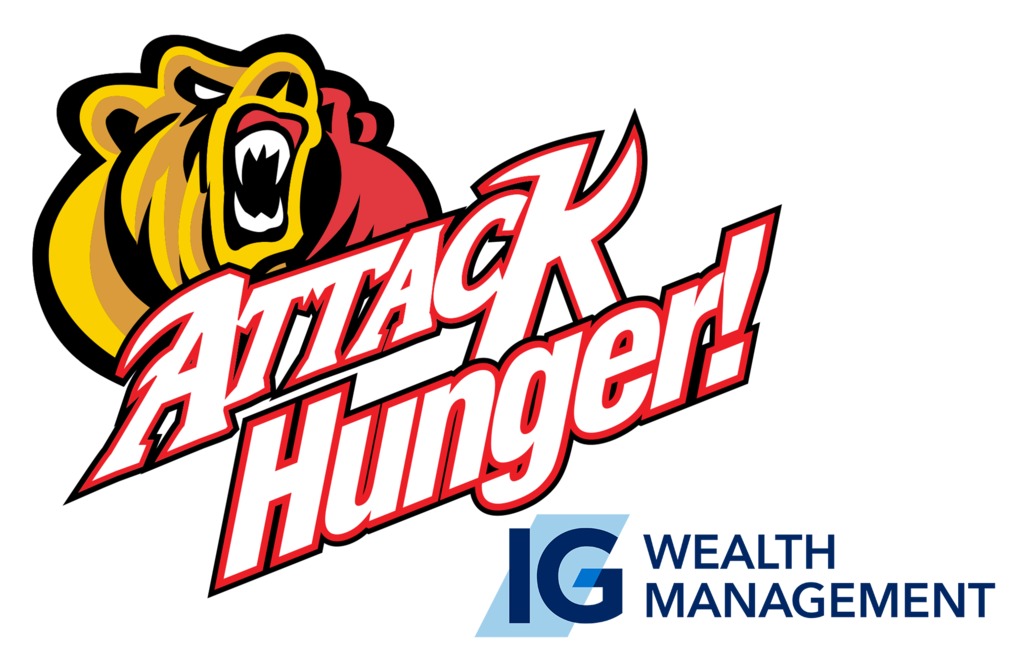 The Owen Sound Attack and IG Wealth Management have teamed up to Attack Hunger again this season, with the annual food drive benefiting the Salvation Army Food Bank in Owen Sound.

“The Attack Hunger Campaign is a great community initiative that we could not do without the support of Fraser Petley and his team at IG Wealth Management in Owen Sound”  said Greg Hoddinott, Manager of Marketing and Communications.  “The team at IG Wealth Management work extremely hard to grow this campaign and make it a huge success every season.  We are proud to be partners with such a great business in Owen Sound.”

The Attack Hunger game will take place on Saturday, December 7th, 2019 when the Attack host the Kitchener Rangers at the Harry Lumley Bayshore Community Centre.  The festivities will actually begin a week earlier when IG Wealth Management will be in attendance at the Attacks November 30th game handing out food donation bags to everyone as they leave the arena.  There are lots of ways you can donate to this event.  If you are coming to the game on December 7th, simply bring your donation of non-perishable food items to the game and provide it to the volunteers at the entrances, or you can make a cash donation to the salvation army kettle campaign during that night as well.

The Owen Sound Attack will host the Attack Hunger Game presented by IG Wealth Management on Saturday, December 7, 2019 against the Kitchener Rangers.  Puck drop is set for 7:30pm.  Tickets are still available and can be purchased in person at the MacVicar & McComb Sutton Realty Box Office, by phone at 519.371.7452 or online at attackhockey.com.