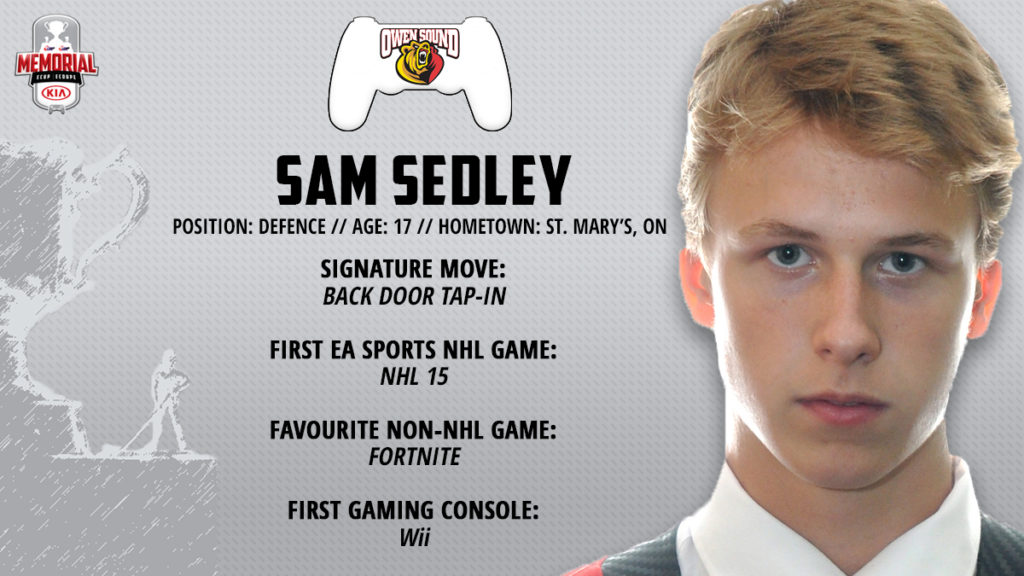 When the puck drops on the inaugural Memorial eCup presented by Kia on Saturday, November 28th, the Owen Sound Attack will be represented by sophomore blueliner Sam Sedley.

A 17-year-old from St. Marys, Ont., Sedley is one a few small-town kids on the Bears roster, hailing from the same hometown as teammate Kaleb Pearson.

The Attack last won an OHL title in 2011, the same year they came short of their first ever Memorial Cup crown after falling to the Kootenay Ice in a tie-breaker game in Mississauga. Sedley looks to take the Bears to new heights on the virtual stage later this month.