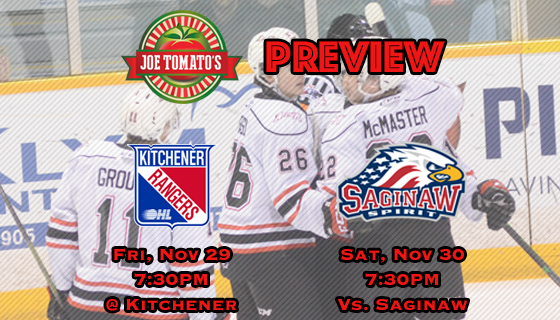 After losing three tightly contested road games to top teams in the conference, the Owen Sound Attack look to get back to winning ways this weekend with a pair of games against the Kitchener Rangers and the Saginaw Spirit.

The Attack will play their fourth straight on the road Friday night at the Kitchener Memorial Auditorium as they take on the new look Rangers. Earlier this week, the Rangers brass decided to part ways with head coach Jay McKee. In the interim, general manager Mike McKenzie is stepping behind the bench. The Blueshirts currently sit in fifth place in the Midwest Division and last in the Western Conference, but the team has plenty of veteran offensive firepower that can turn things around in a hurry. Owen Sound will have to look out for Jonathan Yantsis and Riley Damiani as the Rangers look to even the season series at two games apiece.

Owen Sound returns home to the Bayshore on Saturday night to play Saginaw for the second and final time this season. Last Thursday, Owen Sound went to the Dow Event Center to meet the Spirit and came away short in a 5-4 loss. Aidan Dudas scored in the opening 20 seconds but Saginaw pushed back and hung on for the victory. Owen Sound is 3-1 in their past four meetings with the Spirit at the Bayshore, and they’ll be looking for a raucous crowd to motivate them for another victory. The Two Coles (Perfetti and Coskey) lead the team in scoring and will be a handful for the Attack defense corps. Look for Mark Woolley and Andrew Perrott to spend most of their shifts shutting down the opponent’s top line. 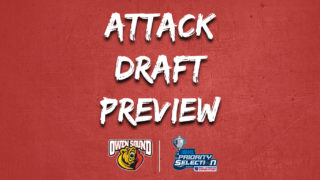 Attack Poised For Big Draft On Saturday
24 hours ago 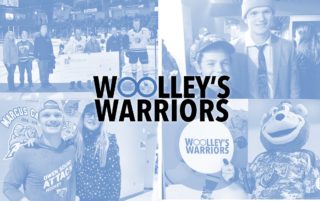 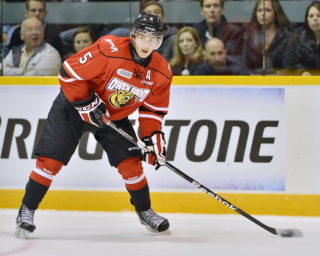 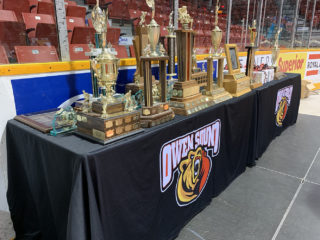