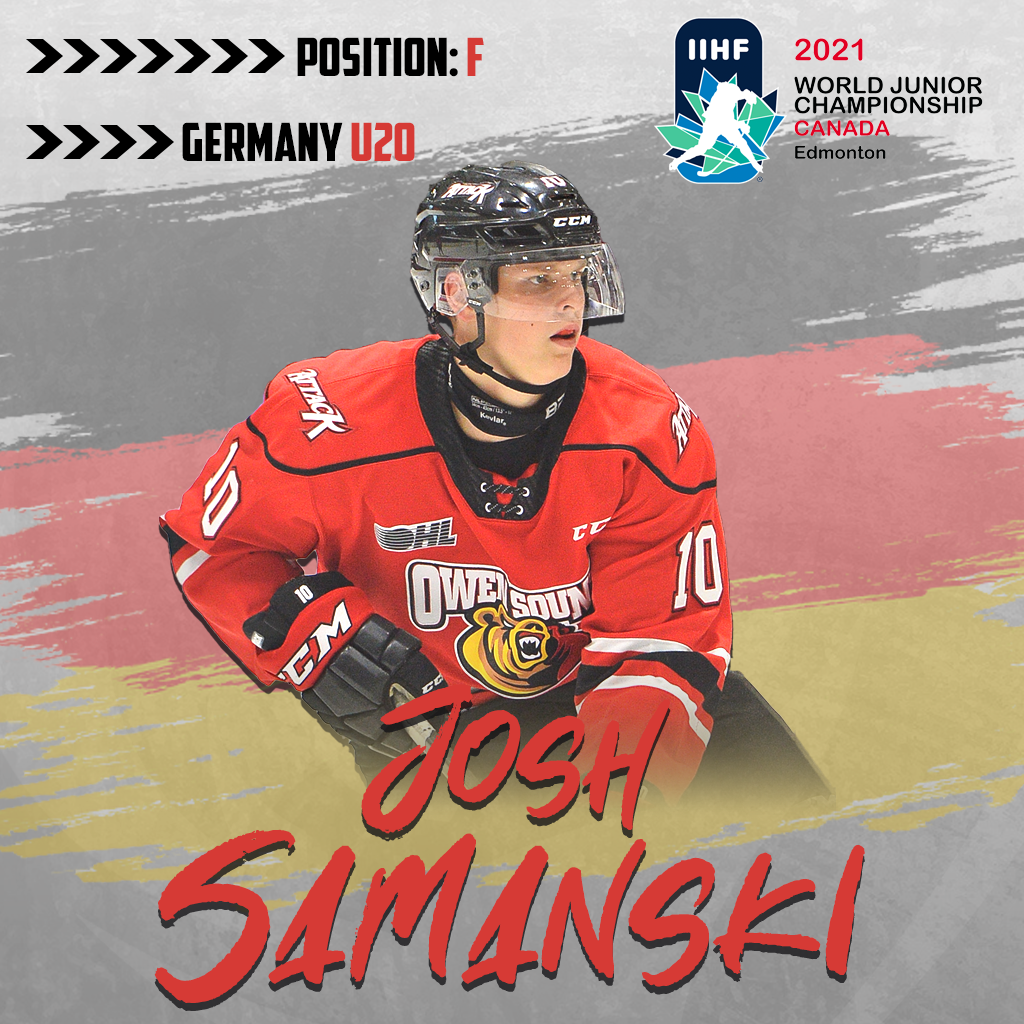 Attack forward Josh Samanski will be part of the German squad travelling to Edmonton this December for the World Juniors. Head Coach Tobias Abstreiter selected Samanski as part of a 25 player contingent that will train together in preparation for junior hockey’s biggest international tournament.

After undergoing a mandatory quarantine period, Samanski and the German team will arrive in Edmonton by December 18th with the tournament beginning on December 26th. This year’s tournament will be played with no fans in attendance but will be televised on TSN.

A dual citizen of both Canada and Germany, Samanski is filled with gratitude: “I’m excited to be nominated for the U20 preparation camp. I’m very thankful for the opportunity to showcase my skills at this level.”

Attack General Manager Dale DeGray says that Samanski has been playing in Germany during the lockdown in the DEL2 with the Ravensburg Towerstars and has turned heads in his home country. In his rookie season with the Owen Sound Attack, the centreman put up four goals and sixteen assists in 54 contests.

Former Attack forward Manuel Alberg has also been named to the German roster for the tournament.