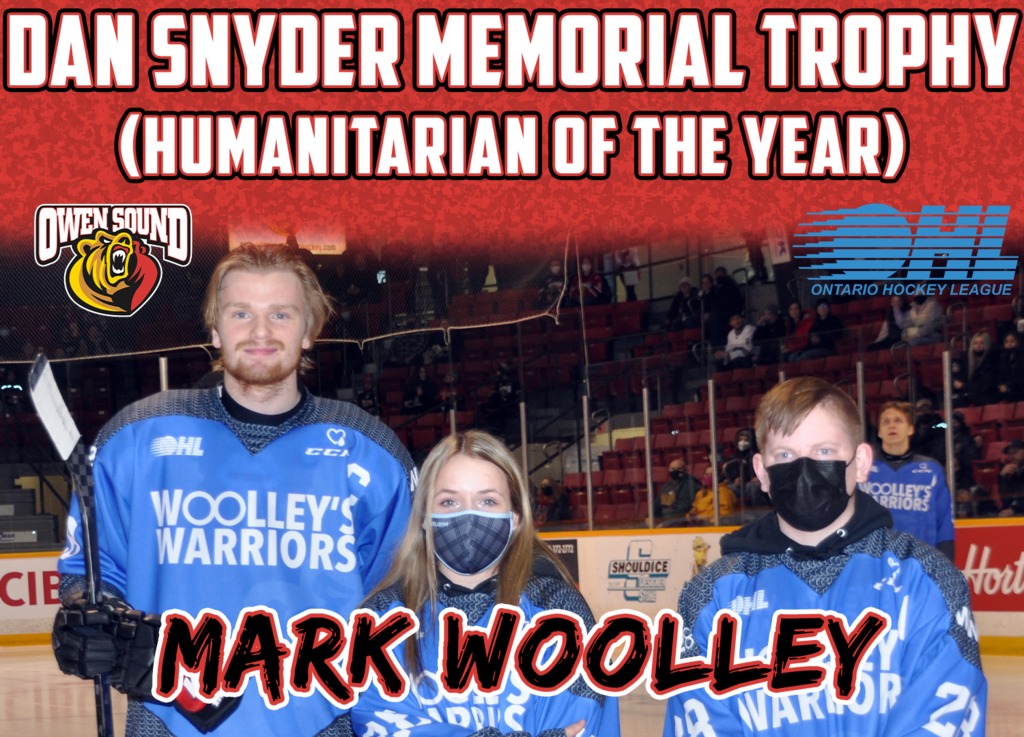 Owen Sound Attack captain Mark Woolley has been named the recipient of the Ontario Hockey League’s Dan Snyder Memorial Trophy, as Humanitarian of the Year.

“The organization would like to congratulate Mark Woolley on being selected as humanitarian of the year,” Attack General Manager Dale DeGray expressed. “Mark has shown an incredible amount of willingness to continue the growth of his endeavour through some crazy times during Covid. He has maintained his availability to help in every way he could at the same time being the captain of a young group of players that needed his direction as well. Mark is a very worthy candidate for this award and the organization is proud that he is the recipient of this prestigious award.”

Named after former Owen Sound Plater star Dan Snyder, Mark becomes just the second Attack player to ever win the Humanitarian of the Year award, following Mike Angelidis who took home the honour back in the 2005-2006 season.

Not only has Mark been a willing participant and happy to engage in all community event as a member of the Owen Sound Attack, but he showed great initiative from his first year in the league when he had the idea of starting his charitable group Woolley’s Warriors. The idea and desire to begin this foundation came from Mark’s former captain in Guelph and local Kincardine native Garrett McFadden, who was a 2-time winner of the award for his work with mental health.

It was back in 2019 that Mark was able to fully launch Woolley’s Warriors and through 3 years of operating, his foundation has raised over $65,000 in support of Diabetes Canada, and helping send kids to D-Camps.

“Mark started Woolley’s Warriors with the intention of sending a couple of kids to camp,” said Steph Coratti, CEO of Woolley’s Warriors. “Three years later, it’s amazing what he’s been able to accomplish, but not surprising. Mark is a humanitarian in so many ways — through his leadership, dedication, and complete commitment to put himself out there for a cause bigger than him. This immediately swept people up in both Guelph and Owen Sound, and the surrounding hockey community, all feeling compelled to make a difference because of who Mark is. I’m grateful to have had a front row seat to watch communities come together for Mark, his family – who has been there every step of the way – and ultimately diabetes.”

The Owen Sound Attack are extremely proud of Mark and all he has accomplished over the past 3 years with Woolley’s Warriors. As the former captain prepares for the next steps in his career (both life and hockey) the Attack and all the Owen Sound community wish Mark well on all his future endeavours. 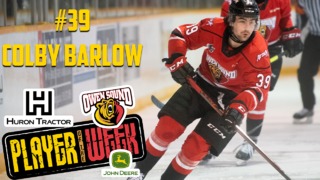