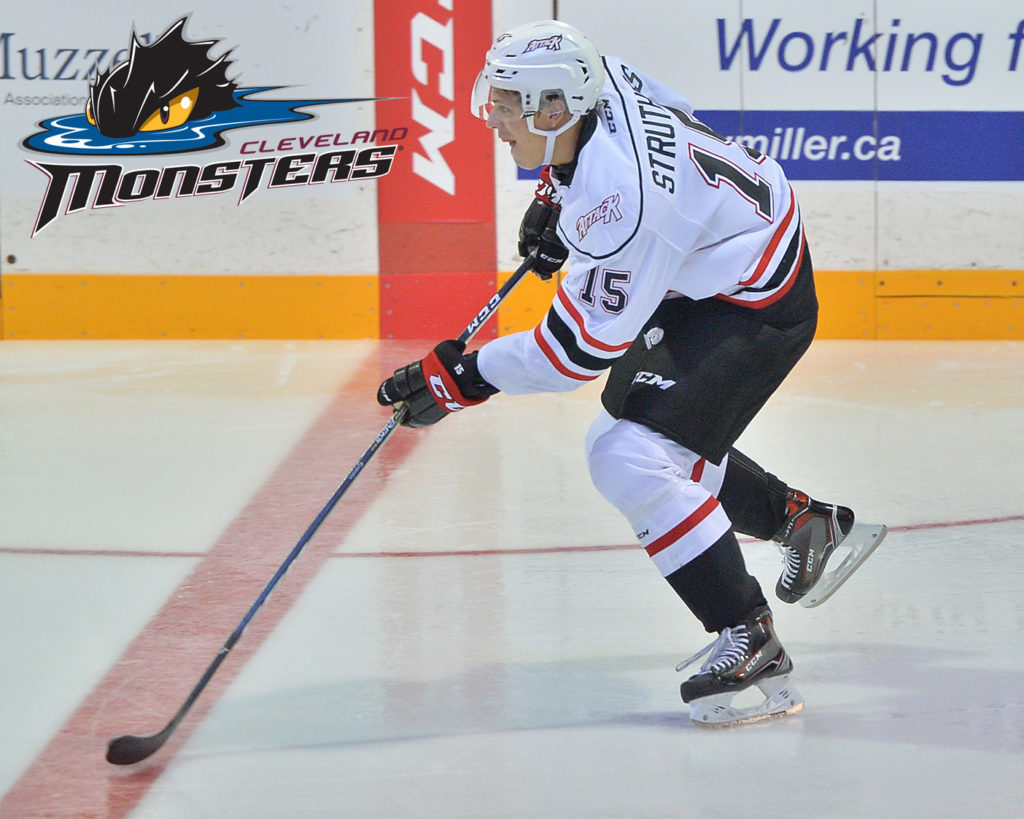 Owen Sound Attack forward Matthew Struthers has signed an AHL deal with the Cleveland Monsters, the top affiliate of the Columbus Blue Jackets of the NHL.

This past season, Struthers scored 22 goals and added 37 assists for 59 points in 62 games split between the North Bay Battalion and the Attack. In his OHL career, Struthers played in 298 games and scored 91 goals to go alongside 126 helpers. Fred Wallace says Struthers is the youngest player in Attack history to score a goal.

The forward is looking forward to his opportunity. Struthers says: “Signing my first pro contract is really exciting. To get an opportunity with a great franchise in Cleveland is hopefully the start of a long journey for me in pro hockey. I can’t wait to get started!”

The Owen Sound Attack would like to congratulate Matthew Struthers and thank him for his contribution to the organization through his two stints with the franchise.