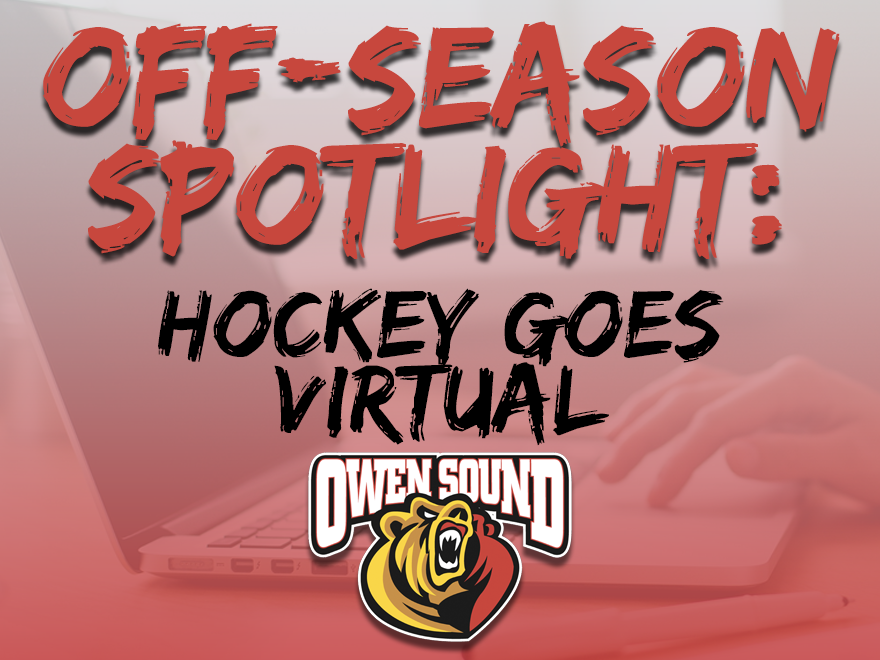 The COVID-19 pandemic has upended summer hockey programs all over the world with development camps turning to online platforms to reach players that can no longer travel or meet in person. In a year of uncertainty, three Owen Sound Attack draft selections are taking it in stride and making the most of the switch.

The team’s first three picks in the 2020 OHL Draft, Cedrick Guindon, Gavin Bryant, and Madden Steen, were all honoured by Hockey Canada with invitations to the U17 Development Camp this summer in Alberta. The U17 World Hockey Challenge was scheduled to take place in Prince Edward Island this fall, but has since been cancelled. Every summer, invited players meet for a week long development camp where they receive instruction on not only hockey skills, but important habits off the ice as well. Now entirely online, the players participated in an online camp last month for initiation into the Hockey Canada program of excellence.

Second round selection Gavin Bryant says while it was disappointing to not meet everyone in person, it was still a very important week: “I thought the camp was so well put together by Hockey Canada. Going into it I didn’t know what to expect and I was sort of bummed out obviously because the camp was supposed to be taking place in Alberta.” He adds “But Hockey Canada really pushes us and put together a week us players would never forget.” There were plenty of standout moments for the young forward, but one part made the biggest impact on Bryant: “I think the biggest highlight for me was how involved and how much of a bond I grew with players and coaches that I have never met before. By the end of the camp, fun competition was in the air and laughs were being made as they brought us together so quickly and I think us players appreciated it very well!”

The 10th overall selection in the draft, Cedrick Guindon, found the camp amazing: “They found a way to entertain us and teach us new things. The best part about my experience was having conversations with new coaches and players from all around Canada and getting to make new friends like that.” The switch to online meant a week of Zoom calls and powerpoint presentations, but Guindon made the most of it. He says “I learned so much in that week and had a lot of fun!”

Defenseman Madden Steen thought it was a great experience that made the most of the situation. “Obviously everyone wanted to be in Calgary but this was the next best thing” he says. “The camp covered so much and there are a lot of things that I took away and that I am going to use in the next couple of years.” He adds “a highlight for me would be getting the chance to interact with some other players from around the country and learning things about the Canadian Way and Pillars of Success”.

A positive attitude is essential to the development of young hockey players and three of Owen Sound’s newest prospects have fully embraced the challenges and circumstances that have changed the hockey world this summer.