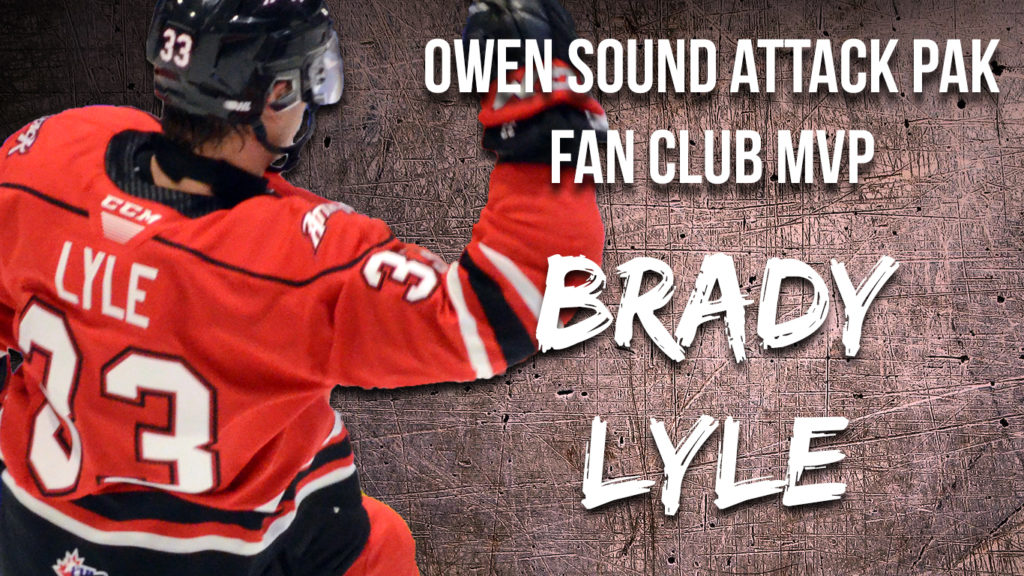 Dave Cruickshank, Attack Pak President, says the Fan Club conducted online voting and came up with their winner: “Brady’s work ethic and commitment to his teammates and the fans is second to none. He was playing close to 30 minutes a game while setting Attack defenceman records and it led to one of the greatest seasons by an Owen Sound defenceman. We are honoured to name Brady Lyle as our Fan Club MVP for the 2019/20 season.”

Lyle recently signed a two-year professional contract with Providence Bruins of the AHL. This season, Lyle set the record for most goals scored in a career by an Attack defenseman with 42 career tallies. This season, the blueliner finished 2nd in team scoring with 22 markers and 43 assists in 62 games. The North Bay native was on pace to play his 300th career OHL game by the end of the season were it not cut short by the COVID-19 pandemic.