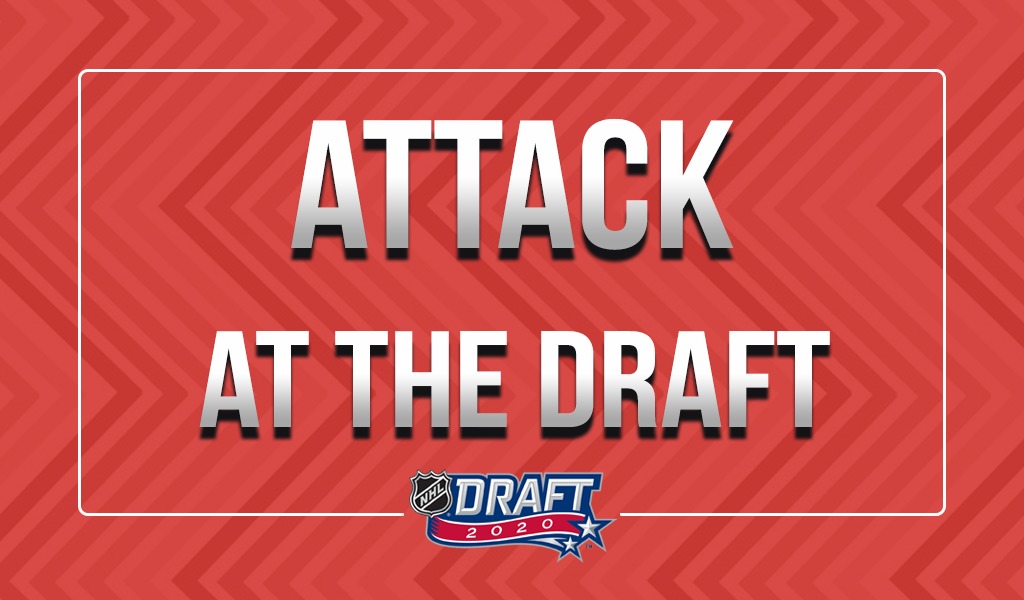 The Owen Sound Attack have been one of the most successful clubs in the Canadian Hockey League for the past decade when it comes to talent drafted to the National Hockey League. On the eve of the 2020 NHL Draft, we take a look back at the success of our players.

Since the 2010 draft, 27 Attack players have been selected by NHL franchises, including two first round picks in Joey Hishon (2010) and Nick Suzuki (2017). There have been four second round selections in Chris Bigras (2013), Zach Nastasiuk (2013), Jonah Gadjovich (2017) and Sean Durzi (2018). Jordan Binnington (2011) highlights the crop of third rounders alongside Jarrod Maidens (2012), Kurtis Gabriel (2013) and Thomas Schemitsch (2015). Six players have been fourth round picks out of the Scenic City with Geoffrey Schemitsch and Steven Shipley going two picks apart in 2010, Gemel Smith hearing his name called by Dallas in 2012, Maksim Sushko and Markus Phillips in 2017 and former Captain Aidan Dudas in 2018. Two forwards have been plucked in the 5th round with eventual Stanley Cup Champion Andrew Shaw going to Chicago in 2011 and Jason Wilson to the New York Rangers in 2010. The busiest round for former Attackers is the 6th, with eight having been picked in the penultimate round since 2010. Andrew Fritsch got the call in 2011, Jake Dotchin and Joseph Blandisi went back-to-back in 2012 and Artur Gavrus found a home in New Jersey later that round in 2012. Jaden Lindo and Liam Dunda went in the 6th in 2014 and 2015 respectively, while Trent Bourque and Petrus Palmu capped off a very productive draft for the team in 2017. Former Captain Jacob Friend was the only Owen Sound Attack player to be drafted in the 7th round in the past decade.

Andrew Shaw leads the way in goals, assists and games played for Owen Sound Alumni over the past decade, but if the record books are extended back a further ten years, NHL stars begin to populate the list. Wayne Simmonds is the leader in career games played by a former Attack skater with 909 career contests. 2nd overall selection Bobby Ryan is the leader in points with 254 career tallies and 301 helpers, but Simmonds is just three goals behind Ryan for the lead. Brad Richardson is third in career games played with 808 contests since being drafted by Colorado in the 5th round of the 2003 draft.

The list of drafted players to the NHL from our franchise is an illustrious one, but not all NHL stars take the same path. Former Owen Sound blue-liner Mark Giordano has played in 893 games over 14 NHL seasons and racked up 483 career points from the backend, an impressive number for a player who was passed over in the draft.

The first round of the NHL draft begins on Tuesday night with rounds 2 through 7 being conducted on Wednesday starting at 11:30 AM. Full Owen Sound draft coverage will be available on our website as well as through our social media channels. Follow along as the franchise looks to add more names to its list of NHL draftees.