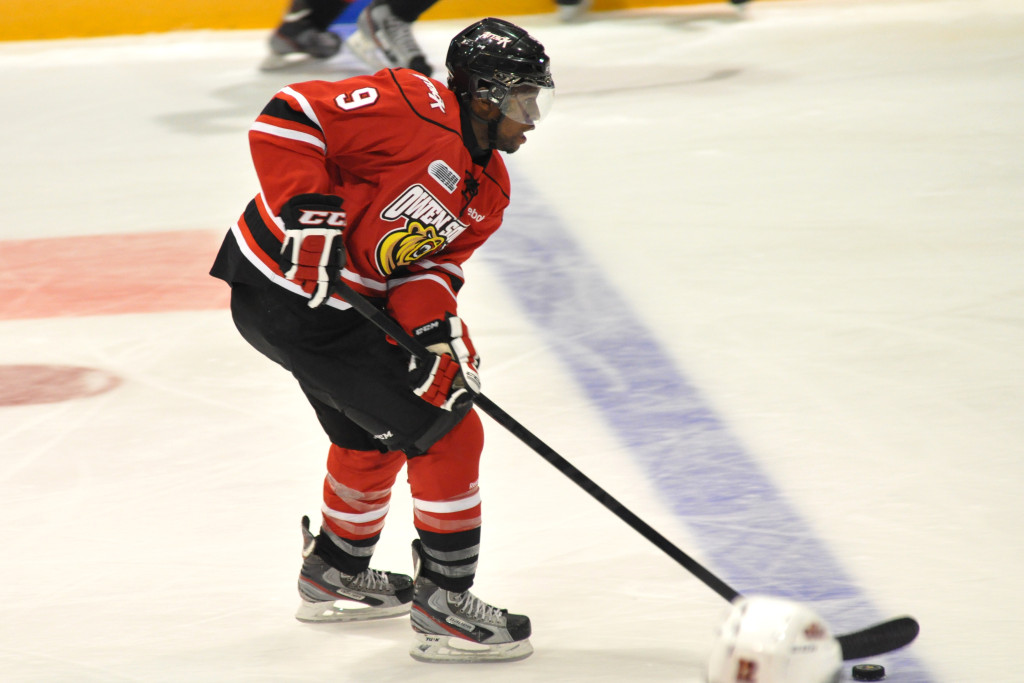 The Attack would start off upstream as the puck would take an odd bounce off the back wall and elude Hope, making an easy slide in for the Steelheads.

After trailing 1-0 heading into the 2nd period, the Attack would roar back when they went up 3-1 on goals courtesy of Daniel Milne and a pair by Gemel Smith. Both of Smith’s goals came on the powerplay and sandwiched Milne’s even strength marker.

Just as the Attack thought they had things secured heading into the third period, the Steelheads drew even on the powerplay when Cianfrone and Carrick tallied singles, sending the game into the dressing rooms tied at three.

The game would stay tied until the 10:21 mark when Gemel Smith pounced on a rebound and put one up top over the outstretched glove of Spencer Martin.

Gemel Smith had the hat trick and Kyle Hope had three assists in the 5-3 win.

The three stars of the game were:

Home ice is usually good for two of three stars if the game is close, so honorable mention goes to Kyle Hope who had THREE assists with an EVEN rating after playing in considerable minutes.

The Attack is back at home on Saturday when they host the Peterborough Petes in the Bruce Telecom Home Opener! 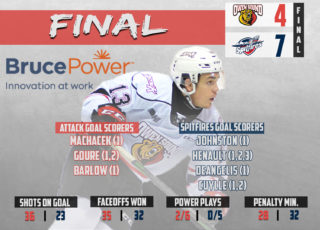 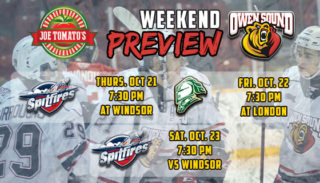 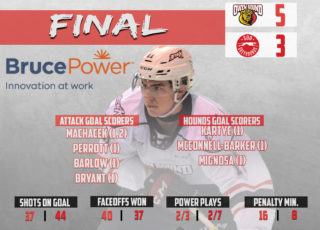