The Sleeman Centre has not been kind to the Owen Sound  Attack the last several years, but the Bears would travel down HWY 6 in search of a win against their MidWest Division Rivals.

Jack Flinn would make the second start of his OHL Career after appearing in Barrie over a week ago.

The game would not start well for the Attack as the Storm would strike first 5:23 in on a goal by Zac Leslie. The Storm would control much of the play and make it 2-0 on the powerplay when Brock McGinn scored his 3rd of the season to close out the first frame.

The second period would be all Storm as they would tally three more goals, one on the powerplay. Chad Bauman, Zack Mitchell and Robby Fabbri would all score, the last marker coming with six seconds left in the 2nd period.

Down 5-0 heading into the third period, the Attack would need to score quick if they had any hope of coming back, but it wouldn’t be as the Storm would score just over three minutes in on a Ryan Horvat tip. The Storm would take a 7-0 lead when Scott Kosmachuk put his 3rd of the season into an open net on a 2 on 1.

The Attack would break the shutout bid of Justin Nichols when Gemel Smith put home his league leading 10th of the season on the powerplay from Zach Nastasiuk and Kurtis MacDermid.

7-1 would be the way it ended as the Attack just could not get anything going, especially on the powplay where they were 1/11 with several 5 on 3 opportunities.

It was a rough game for the Attack, but these guys show a lot of character and will no doubt come out hungry on Saturday night.

The three stars of the game were:

The Attack is back at home on Saturday night when they play host to the Kitchener Rangers. Tickets for Saturday’s game can be purchased at the Attack Box Office in the front lobby of the Bayshore, by calling (519) 371-7452 or online at www.attackhockey.com . 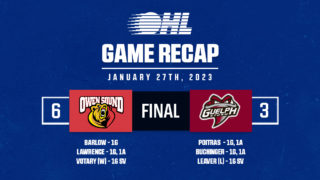 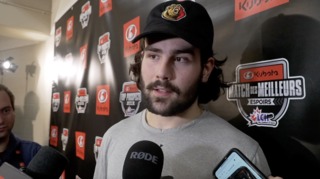 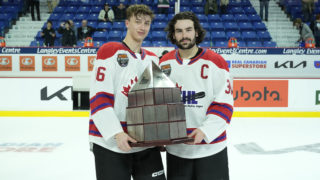 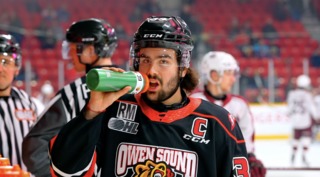 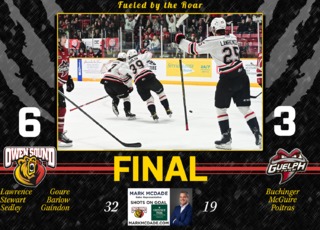 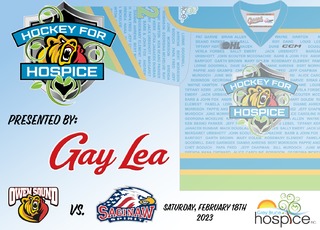