Streak Comes to an End as Attack get Shutout in Sarina 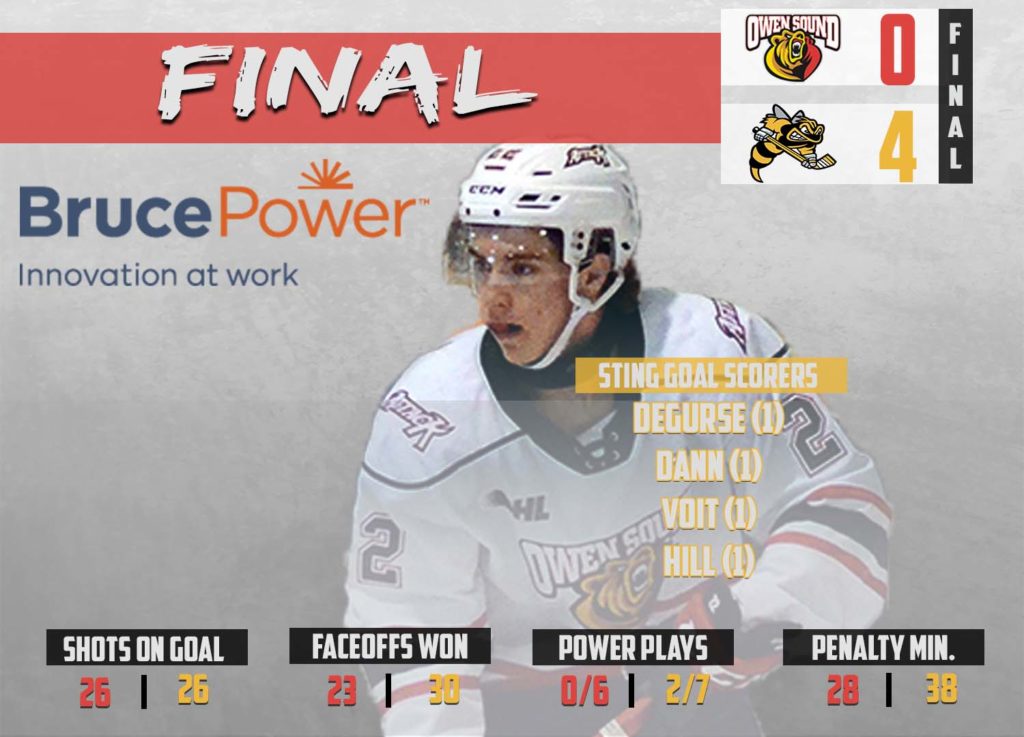 The Owen Sound Attack saw their five game win streak come to an end Sunday afternoon as they dropped a 4-0 decision to the Sarina Sting.

Owen Sound came into the game having won five straight contests, while getting points in their last seven. Both streaks ended as the Sting used a pair of power play goals in the second period to take control of the game.

Both teams struggled with discipline as a total of 13 power plays were handed out between both teams. Unfortunately, the Attack struggled to get any traction with the man advantage. Owen Sound had chances to break through and get on the board, but had hit a few posts, along with having a goal disallowed from goalie interference.

The Attack pressured the Sting crease all afternoon, trying to find the back of the net, in the process getting under Sting goalie Benjamine Gaudreau’s skin. Owen Sound was not able to completely unravel the Sting net minder as he remained focused enough to complete the shutout.

Sarina would add a pair of late third period goals, one in the empty net and one with just seconds left in the game.

Owen Sound will now have some time off before travelling to Barrie where they will likely face former teammate Mack Guzda, Thursday night at the Sadlon Arena.