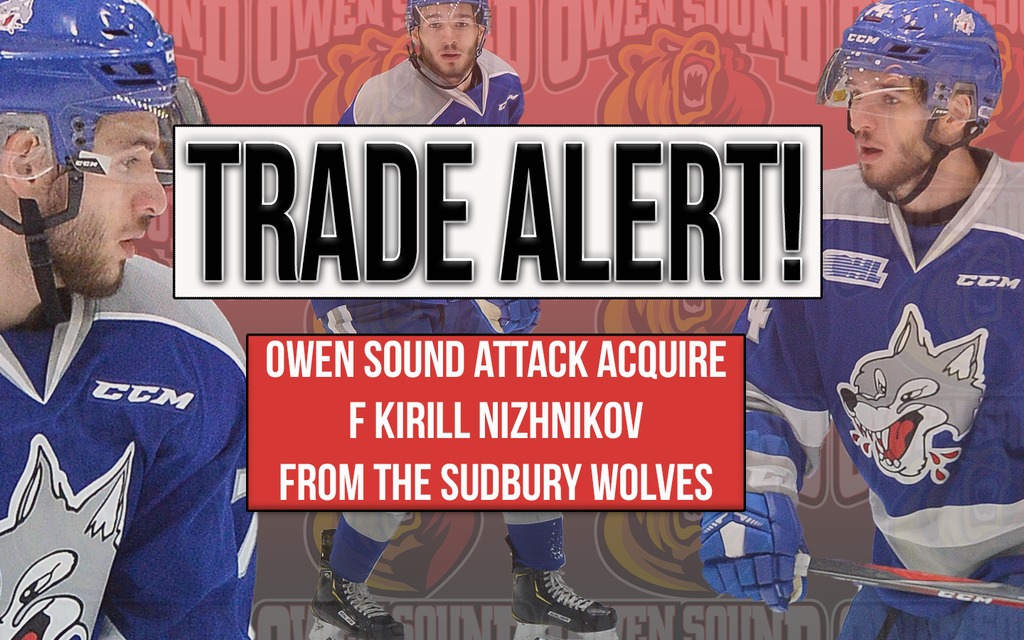 The 19-year-old most recently played in the OHL with the Sudbury Wolves, but finished his 2018-19 season with Almaz Cherepovets in the MHL. The Russian forward was originally drafted 7th overall in the 2016 OHL Priority Selection by the Mississauga Steelheads.

Attack General Manager Dale DeGray thinks he’s ready to make a big impact: “He’s 6’2, 190. He has good size and a nice scoring touch. I think he’s ready for a big year in the OHL. We’re excited to have him come to Owen Sound and turn some heads around the league.”

See Kirill and the rest of the Attack all year long with season tickets! Call the MacVicar & McComb Remax Attack Box Office at 519-371-7452 or visit us at the Attack Shack in the Bayshore Community Centre.