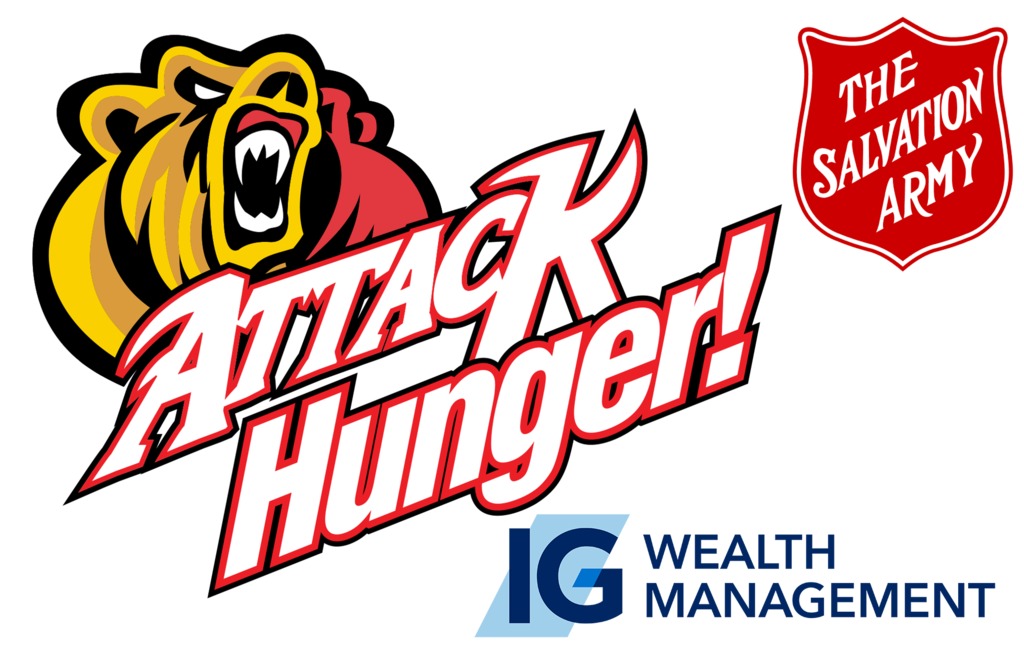 The current pandemic has forced the campaign to adapt its operation for 2020.  This year the Owen Sound Attack in partnership with IG Wealth Management and the Salvation Army will be accepting donations in the following ways:

Thank you to everyone who has supported the Attack Hunger Campaign in Support of the Salvation Army Food Bank.

We would like to thank all of those who have made an individual monetary donation or have dropped off food to either IG Wealth Management, The Attack Office, Salvation Army or Foodland in Owen Sound.

Thank you again for showing why Attakc Fans are the best in the CHL.