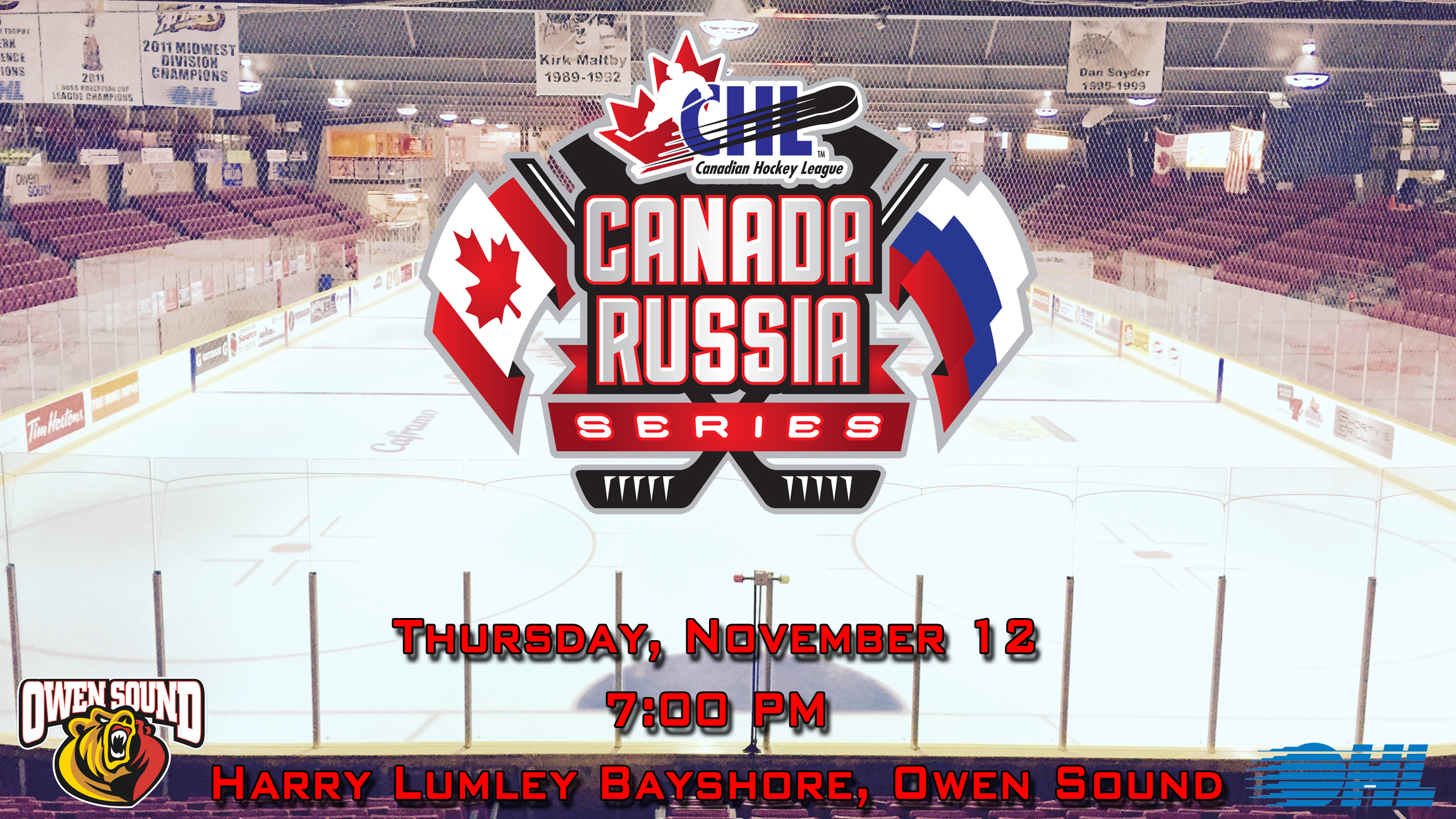 “Our entire organization is very excited for the opportunity to host this event.”, said Attack Director of Marketing and Public Relations, Brent Fisher. “We’re very pleased that we can bring one of the Canadian Hockey League’s showcase events to the City of Owen Sound, Grey-Bruce and our fans. The CHL Canada/Russia Series will provide a unique experience for many and if the past several years are any indication; another chapter of exciting hockey in the Canada/Russia rivalry.”

Tickets for the Owen Sound game are on sale now at the DJ’s Furniture Attack Box Office. Attack Season Ticket Holders will have the option to purchase their seats as a part of their Early Bird Season Ticket package at a reduced rate of $20.00 for adults/seniors and $15.00 for fans 18 and under. Early Bird Season Ticket Holders will have their seats held for them until June 30th should they not choose to pay for their Subway Super Series tickets with their Early Bird Package. If Early Bird seats are not claimed by June 30th, 2015 they will be released to the General Public. Tickets are on sale to the General Public for $25.00 (Adults/Seniors) and $15.00 for kids 18 and under. The 2015 Early Bird Deadline is Tuesday, June 30th.

CHL teams hold an overall record of 49-17-6 against Russia in this event, however four of the last five series have been decided in the final game including last November when CHL Canada/Russia Series has been an integral part of the identification process for Team Canada for the past 12 years prior to the IIHF World Junior Hockey Championship.  This season in Montreal and Toronto, Team Canada returned to the top of the podium capturing World Junior gold in a thrilling 5-4 victory over Russia.  All 22 members of Canada’s championship roster are present and past CHL players, while 18 members of Team Russia competed in the 2014 CHL Canada/Russia Series. 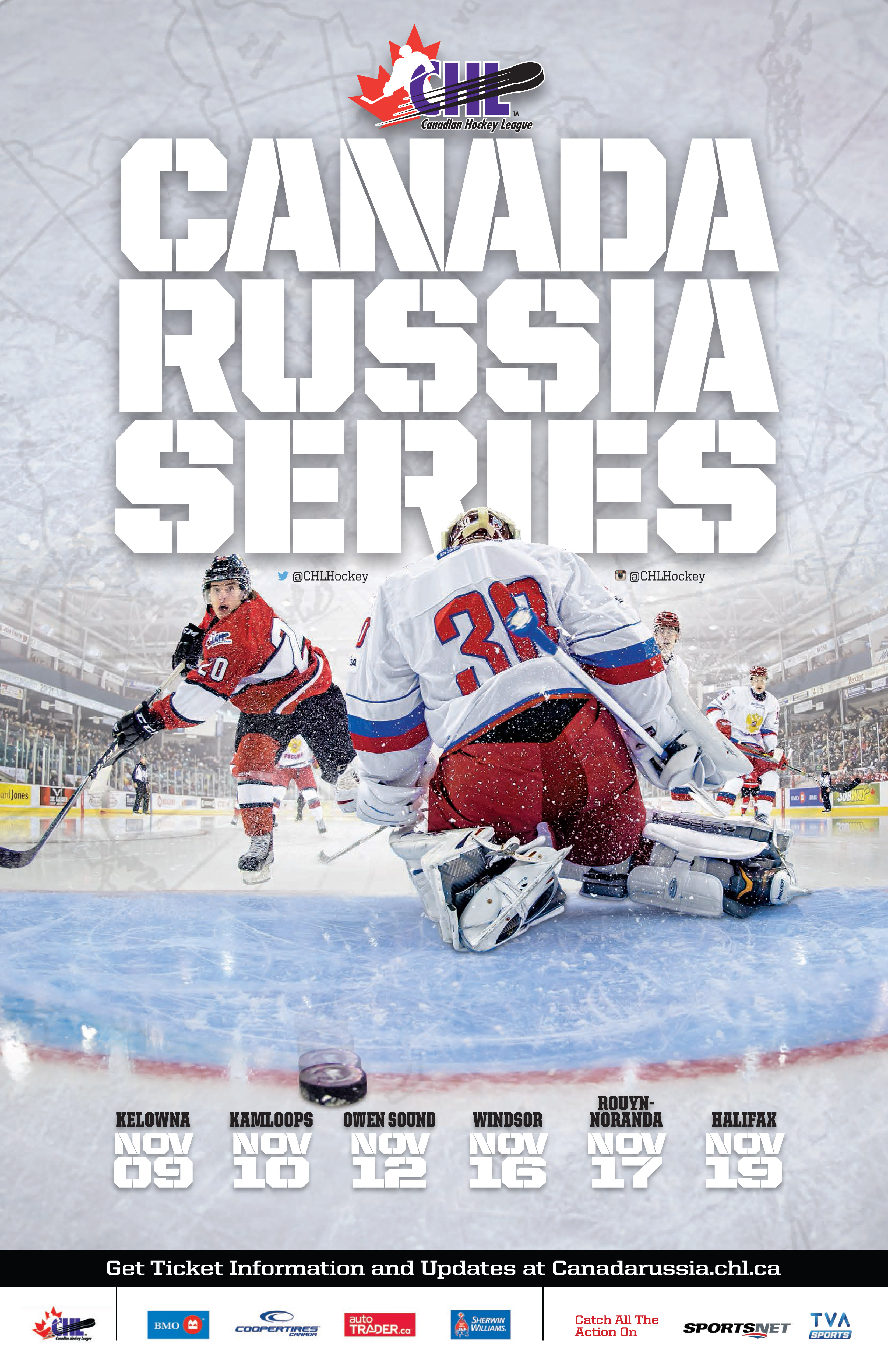